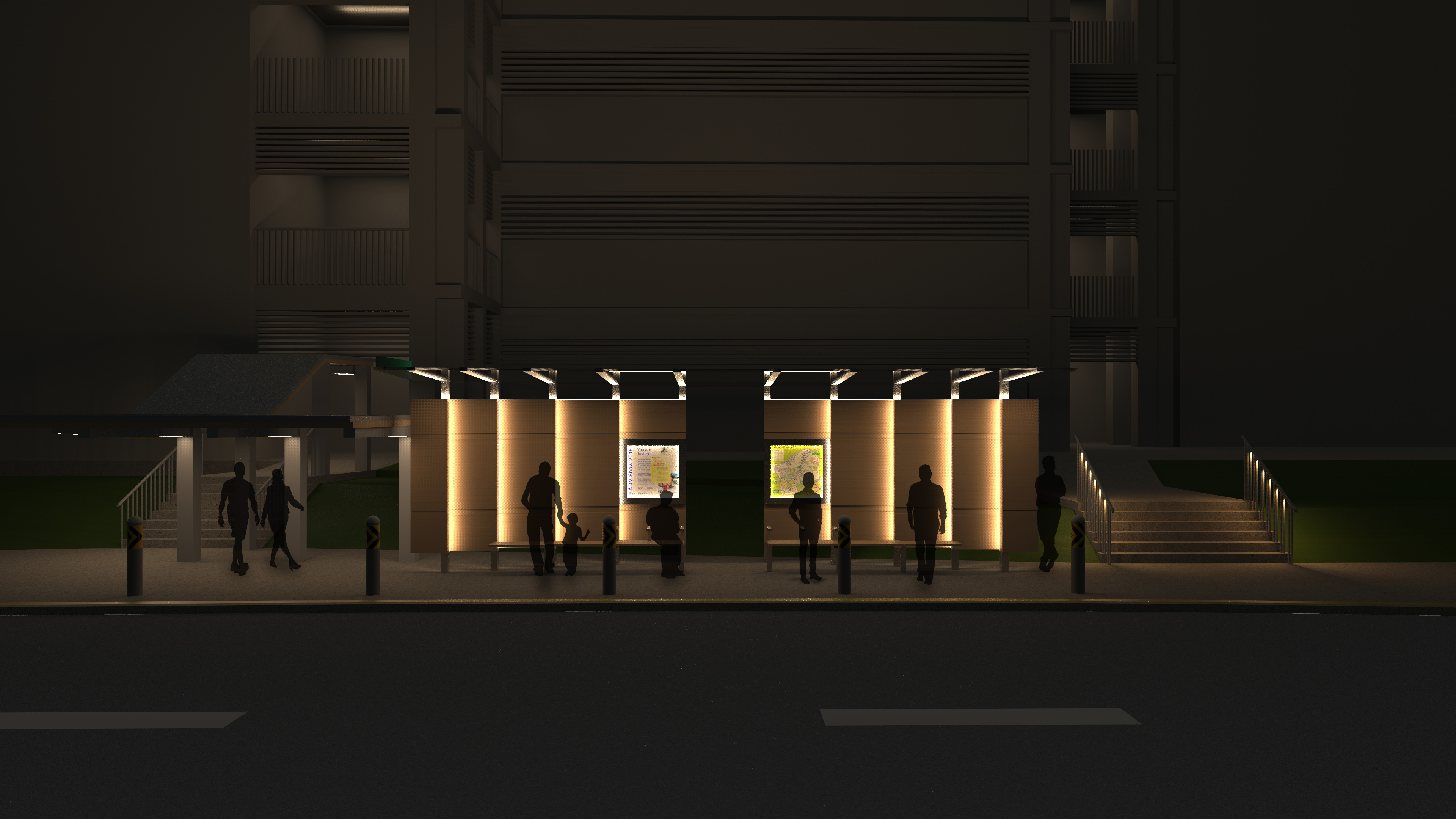 VOID / MASS
Highlighting the qualities of the Academic Building South in NTU, Void / Mass features an interplay between positive and negative space, light and shadow, natural and industrial. By arranging Mass Engineered Timber panels in a sequential progression, a visual relationship is hinted between the bus stop and the building's concave facade and step-tier levels.​(This project was submitted as a proposal for the bus stop design at the Academic Building South in NTU)
Team Member
Justinne Alethea Casuga
Year of production
2019 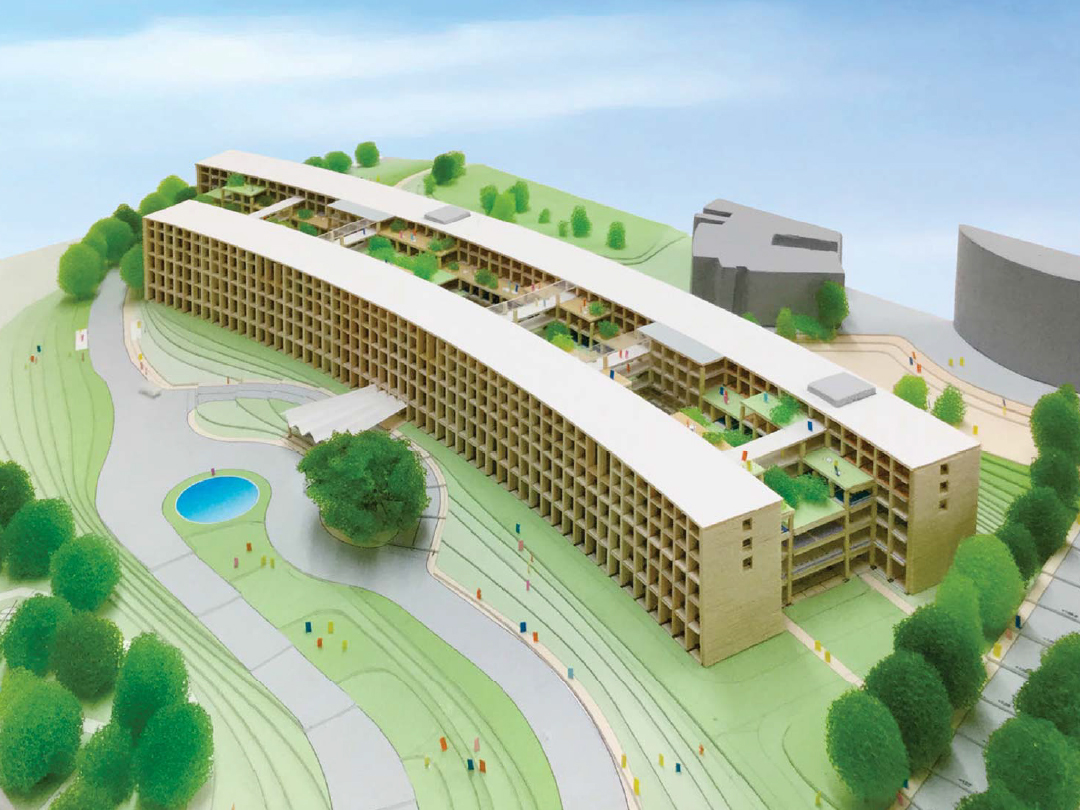 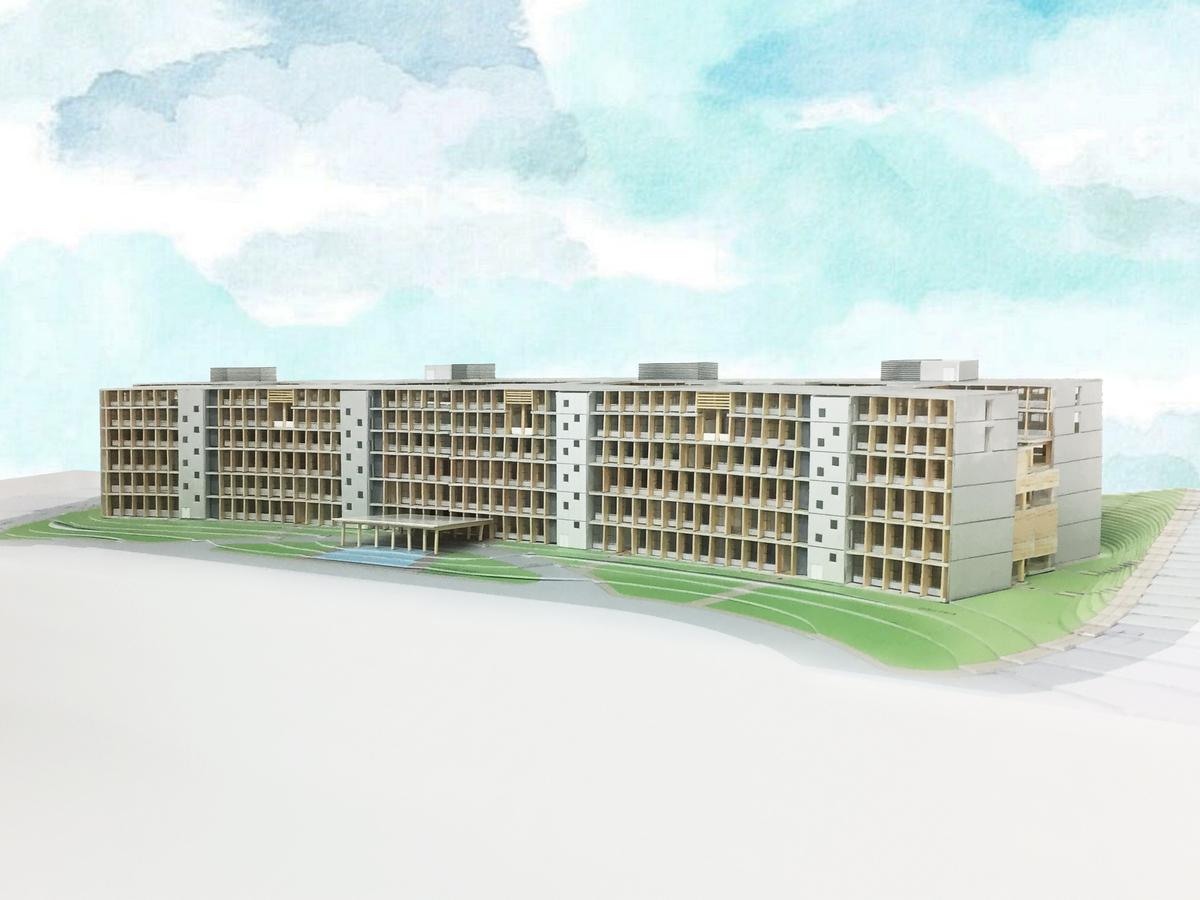 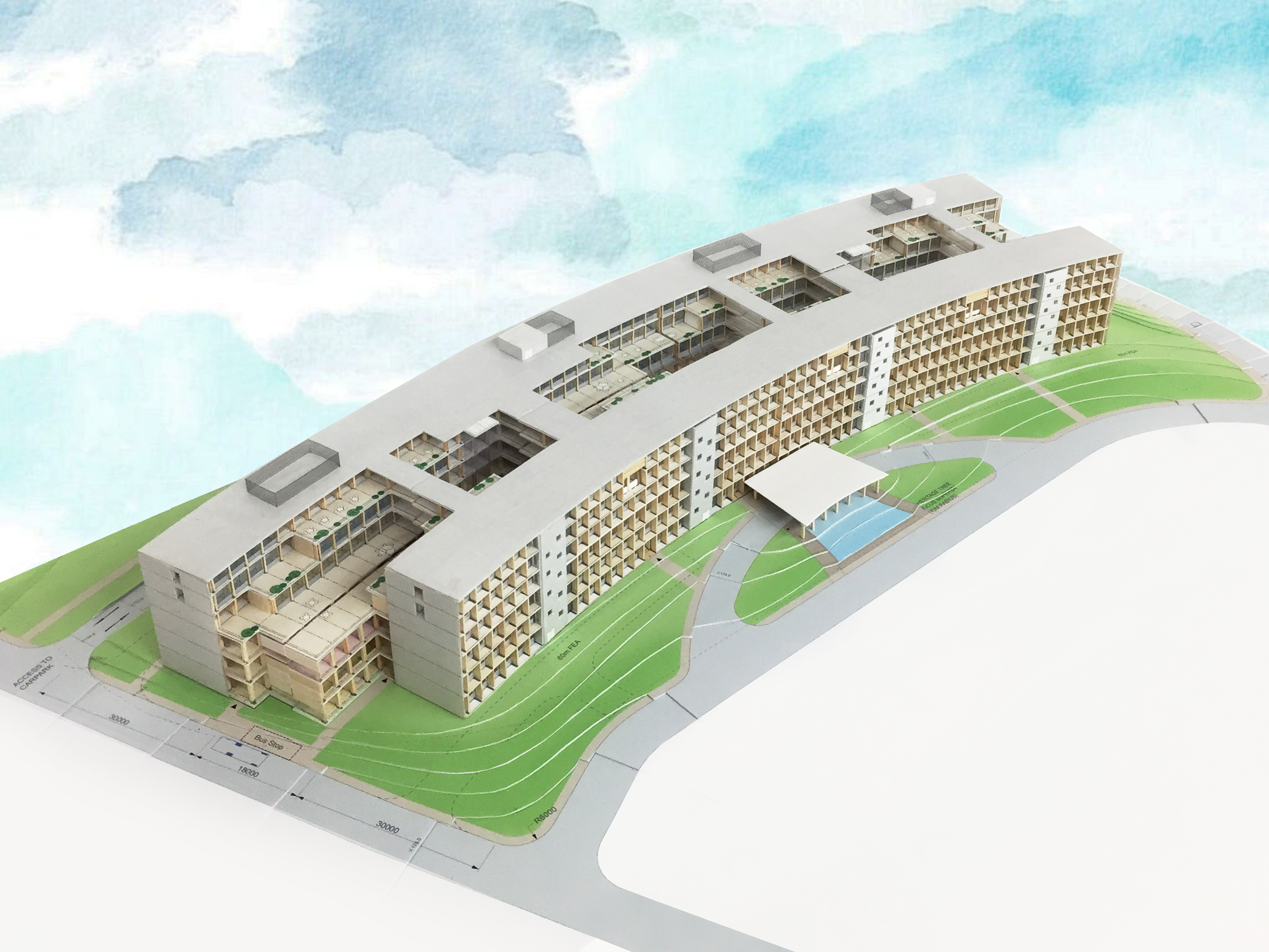 ASIA'S LARGEST WOODEN BUILDING
The Academic Building South (ABS) is one of Asia's largest wooden building that is located in Nanyang Technological University. A unique feature is the use of Mass Engineered Timber (MET) in the building, a material made from renewable forests, with a higher strength-to-weight ratio than both steel and concrete.

A SCULPTURAL RE-INTERPRETATION
The design brief given was to design a bus stop that complements the ABS building in a harmonious way. As a response to this brief, a sculptural approach was taken by inverting the solid space of the grid facade into void space. 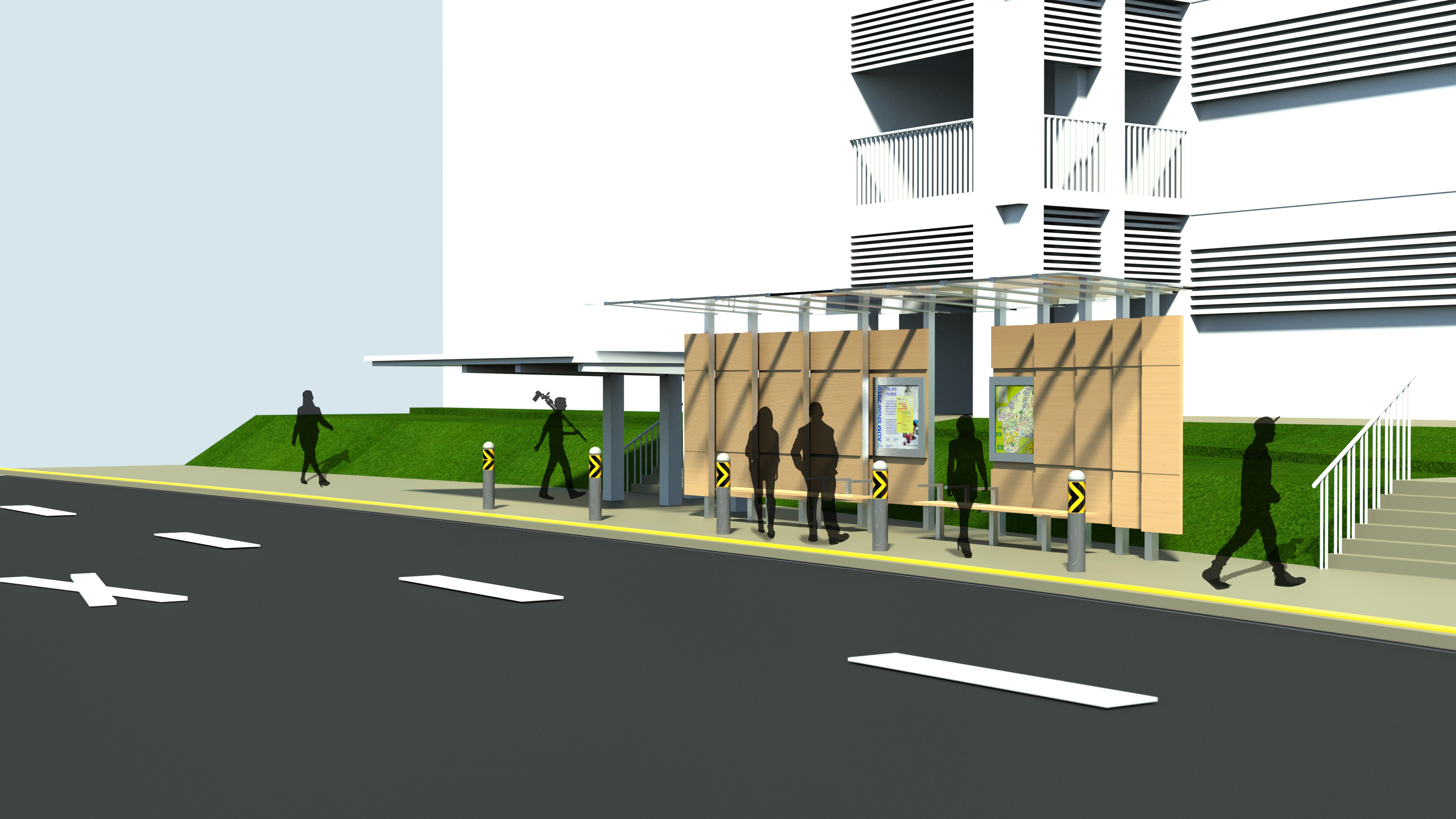 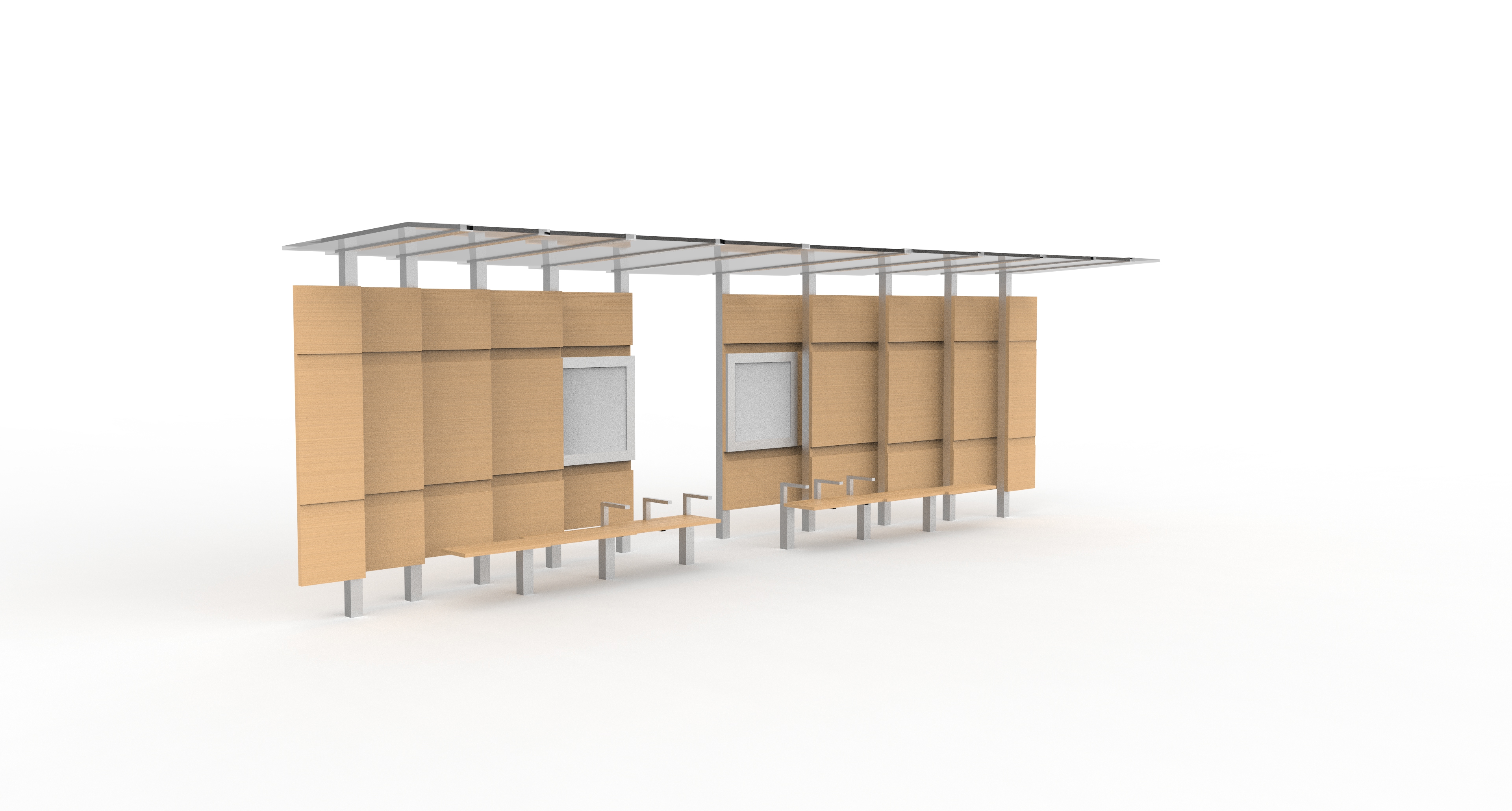 EASY MAINTENANCE
Due to the long period of use and exposure to weathering conditions, the bus stop has been designed for easy maintenance. From the MET slabs to the glass roof, each part can be replaced individually. 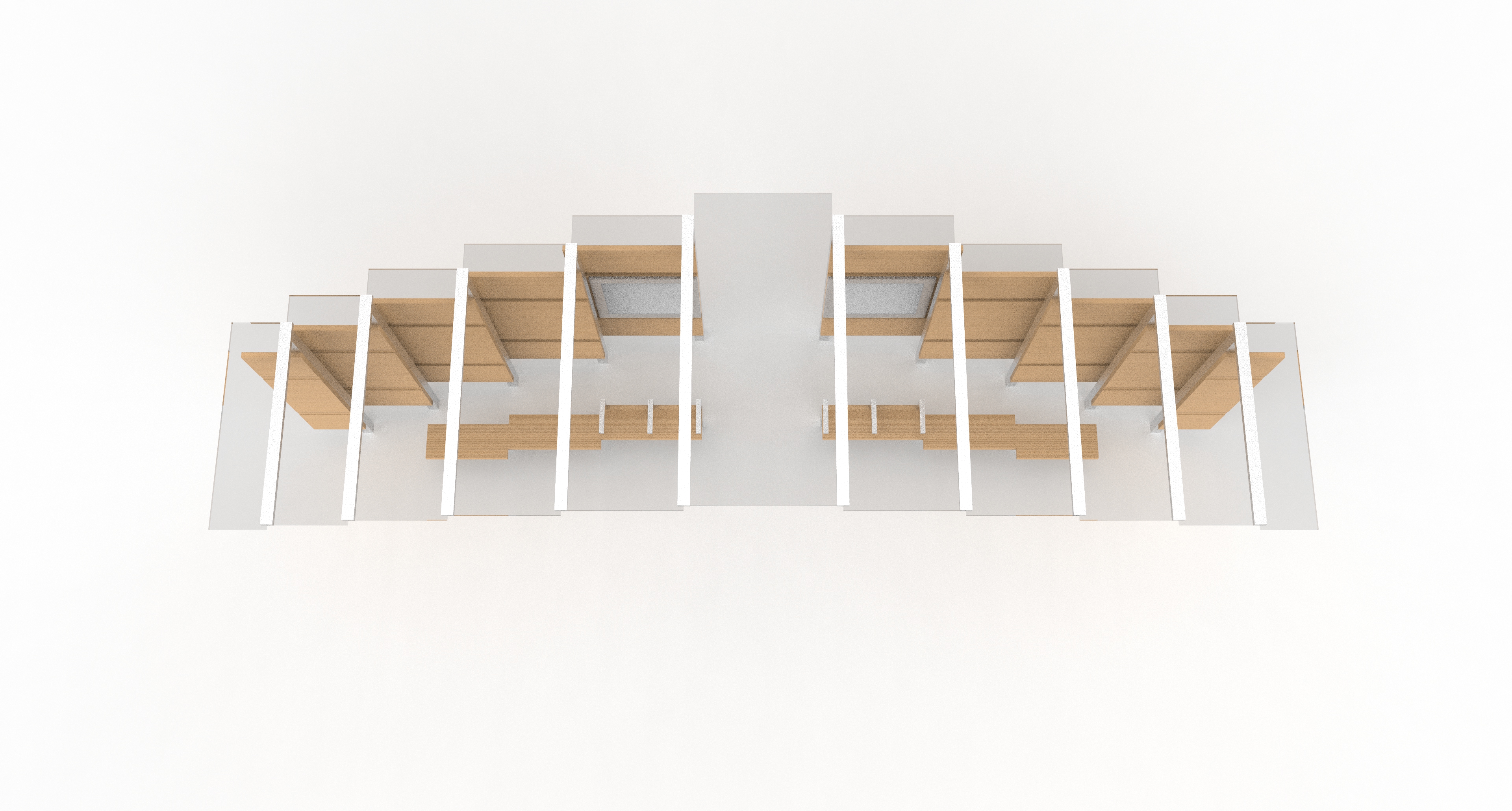 MATERIALITY
MET is the main material of the bus stop so as to showcase the uniqueness of the ABS building. Tinted glass is used for the shelter to allow proper lighting under the bus stop and to create a sense of freedom. 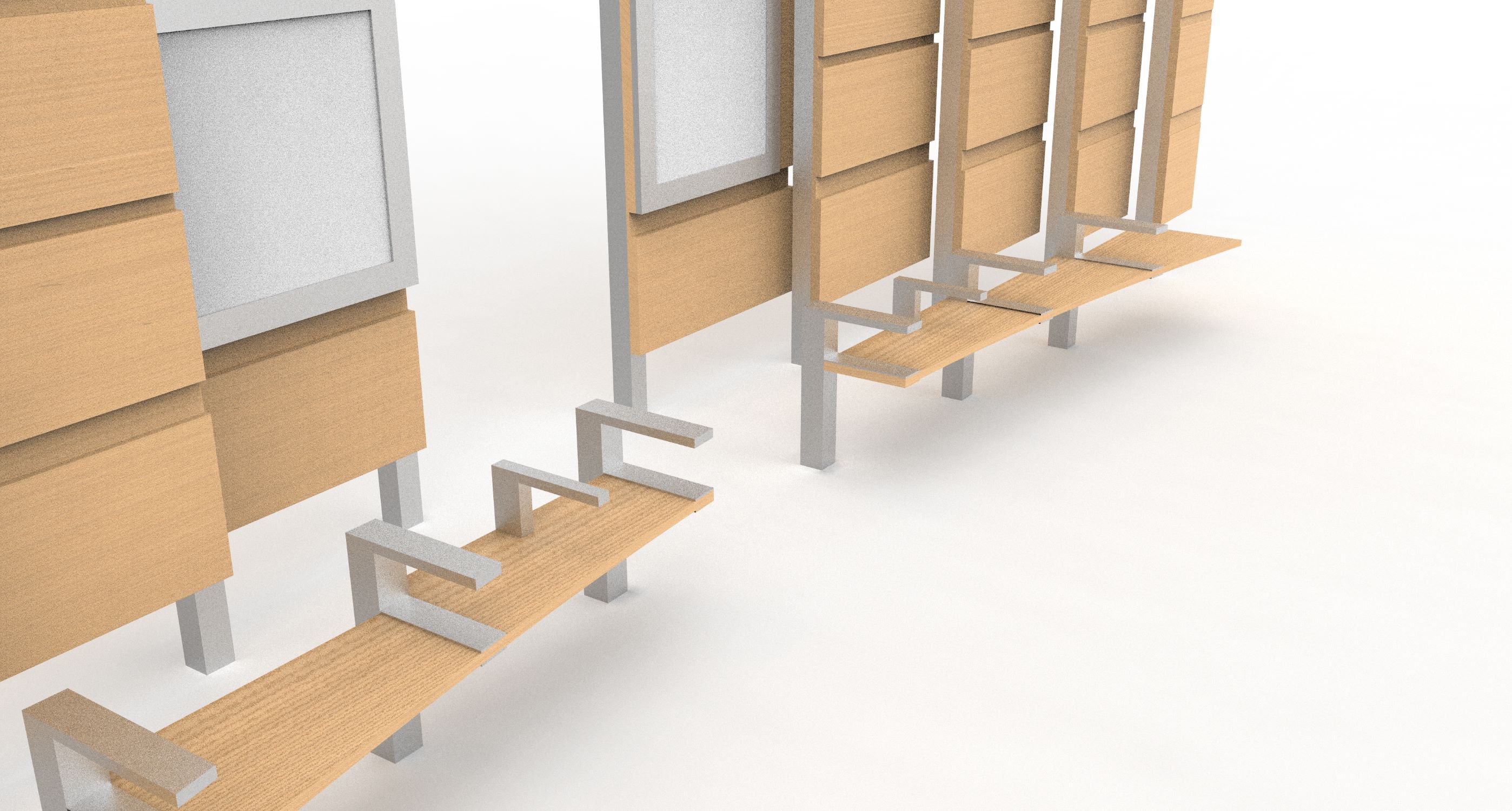 USER-FRIENDLY BENCHES
In line with the Land & Transport Authority's regulations, benches accompanied with arm rest were included to allow people to rest while waiting for their bus. 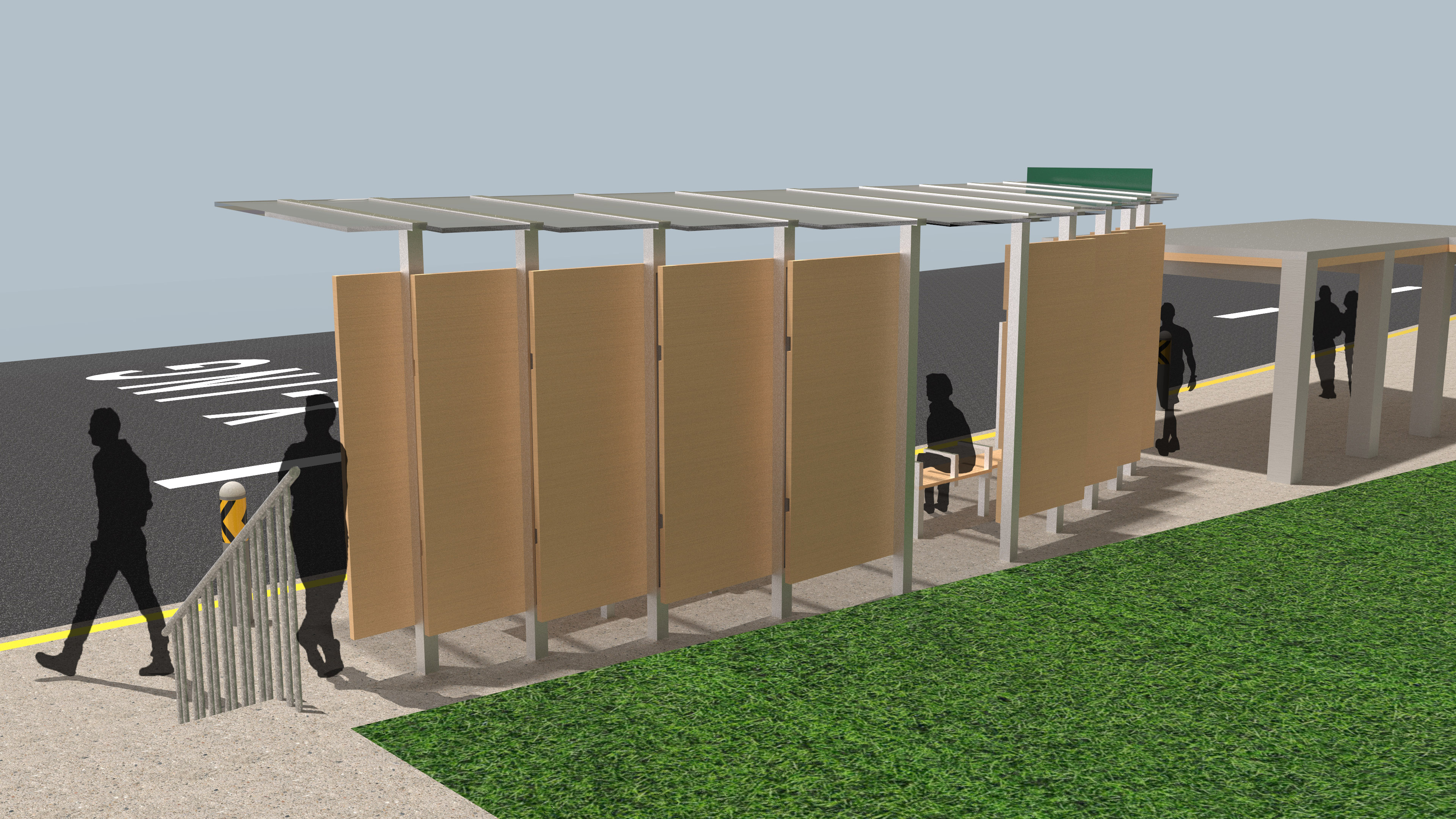 ACCESSIBILITY
A space is present in the middle of the bus stop to people to access the bus stop from all directions. Aesthetically, it also lightens the visual heaviness created from the MET slabs. 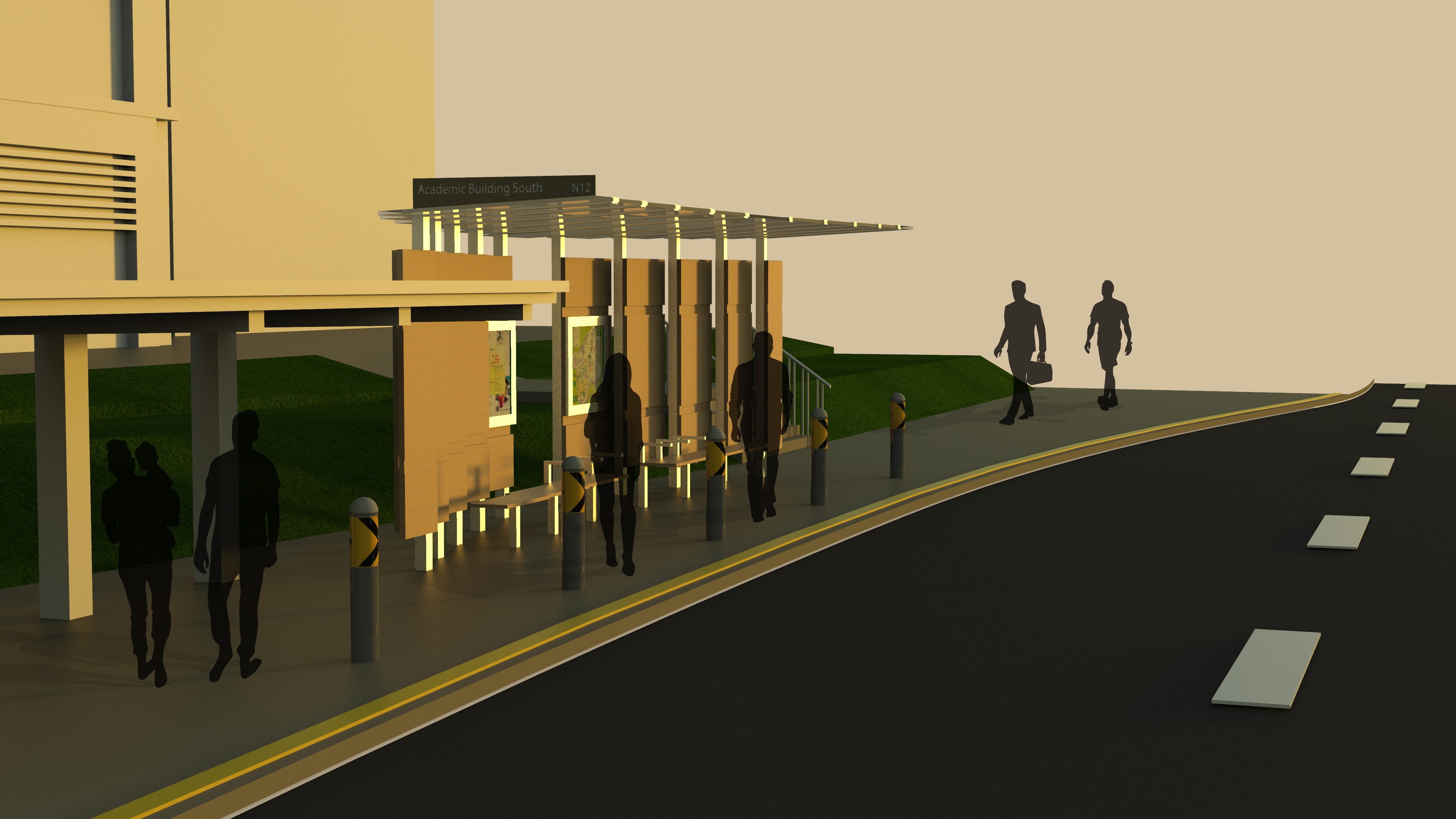