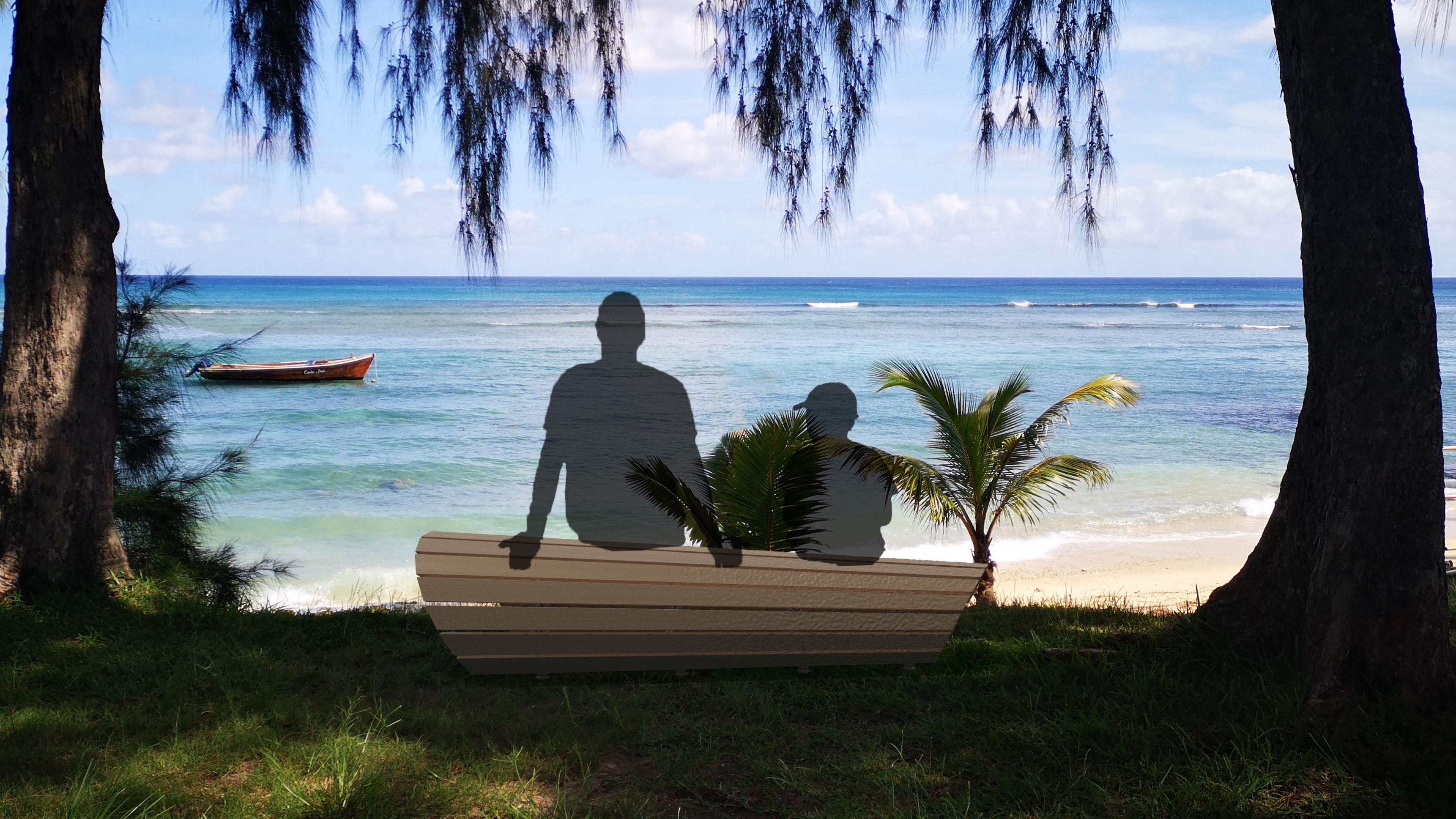 AS IT FLOWS AWAY
Prompted by the erosion of a pristine beach in Mauritius, this project aims to stimulate sympathy in beachgoers. To achieve this outcome, the natural and man-made activities accelerating beach erosion are revealed to the viewers through a bench. The design is informed by observations made along the Mauritian beach. From far away, the tapered form of the piece signifies the natural erosion. But a closer look reveals a footprint-like texture on the lower half-end, symbolising human invasion.
Dimensions
W 487 x L 1797 x H 435 mm
Material
Beech wood, stainless steel
Finish
Polyurethane varnish
Year of production
2020
Awards
ADM Sustainability Award 2020 (nominated) 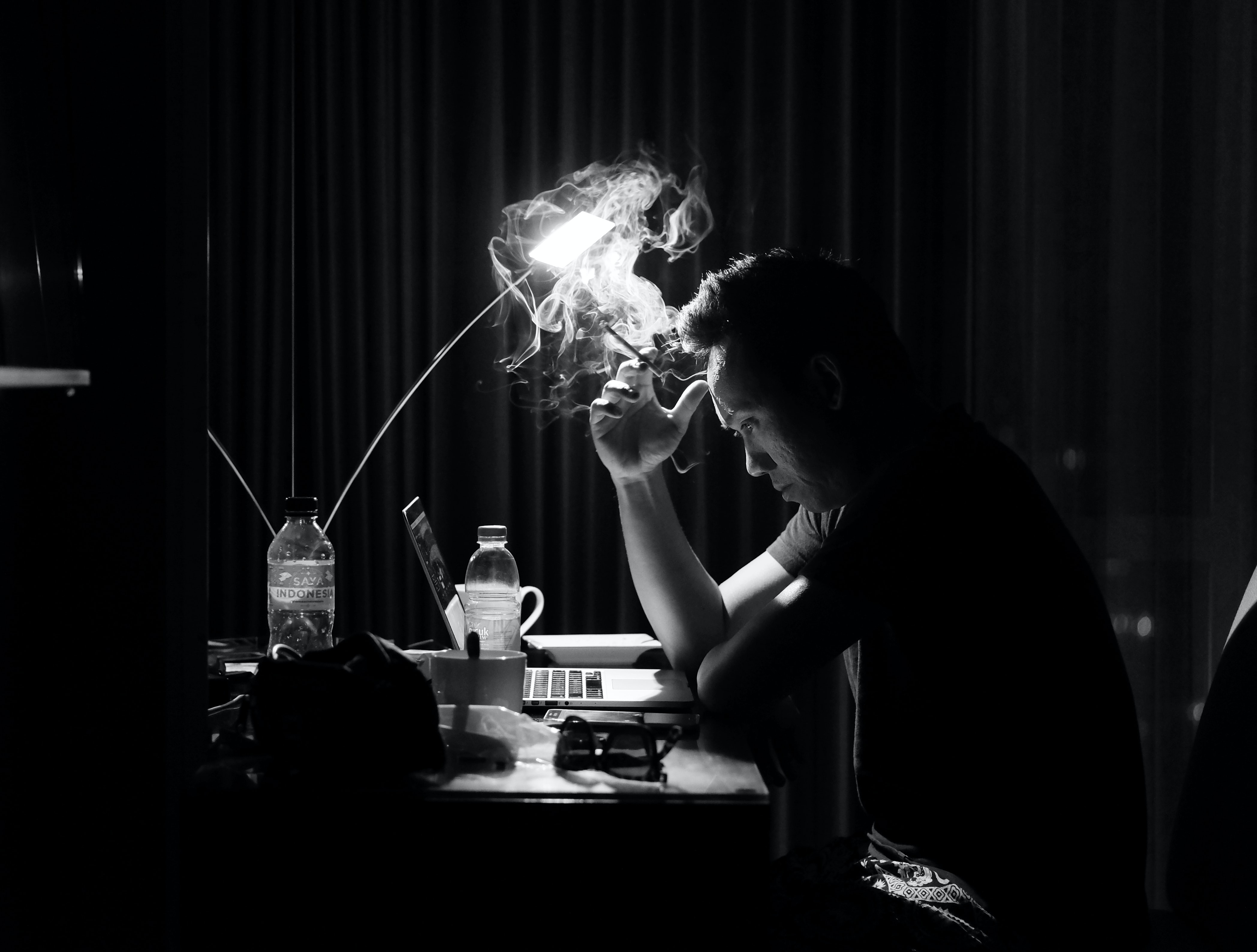 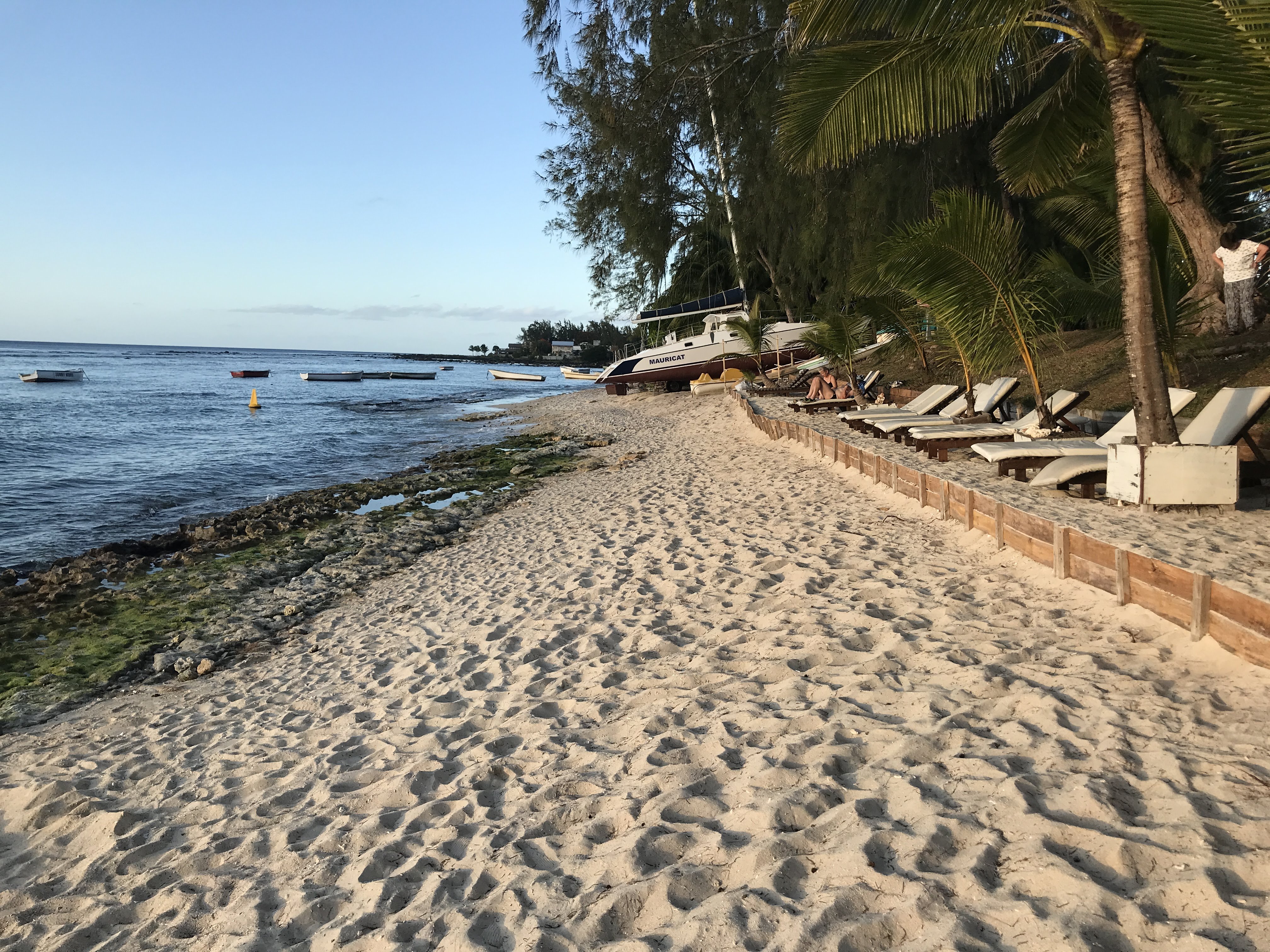 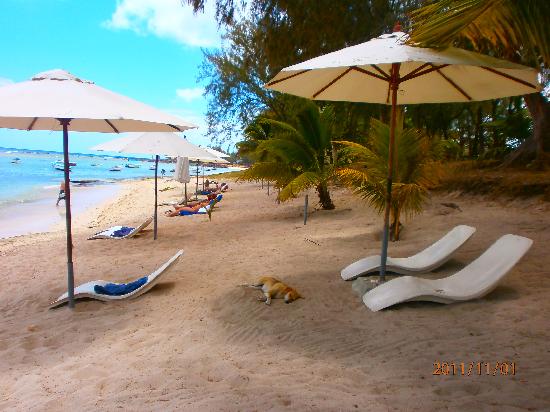 AN ACCELERATED EROSION
Since the early 2000s, the Pointe aux Piments beach has been eroding steadily. This is observed by the constant area of rocks exposed every year as the beach erodes. But since 2016, this process has accelerated, and one of the reasons is because of climate change.
FINANCIAL AND CULTURAL LOSS
Financially, beach erosion decreases the revenue of hotels that rely on the beach to attract tourists.

Culturally, locals fear the loss of a Mauritian way of life as going to the beach will not be so common in the next few decades. 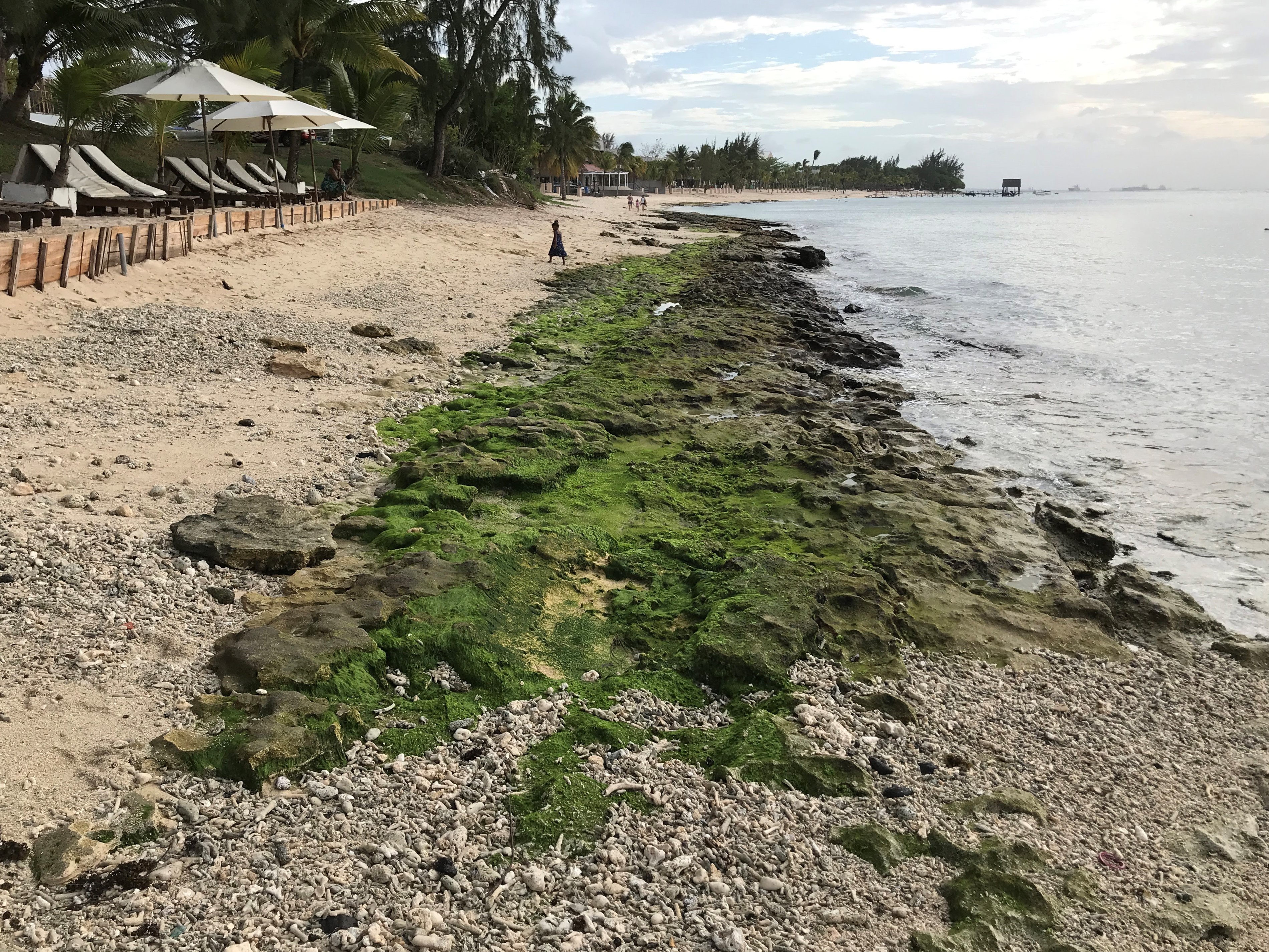 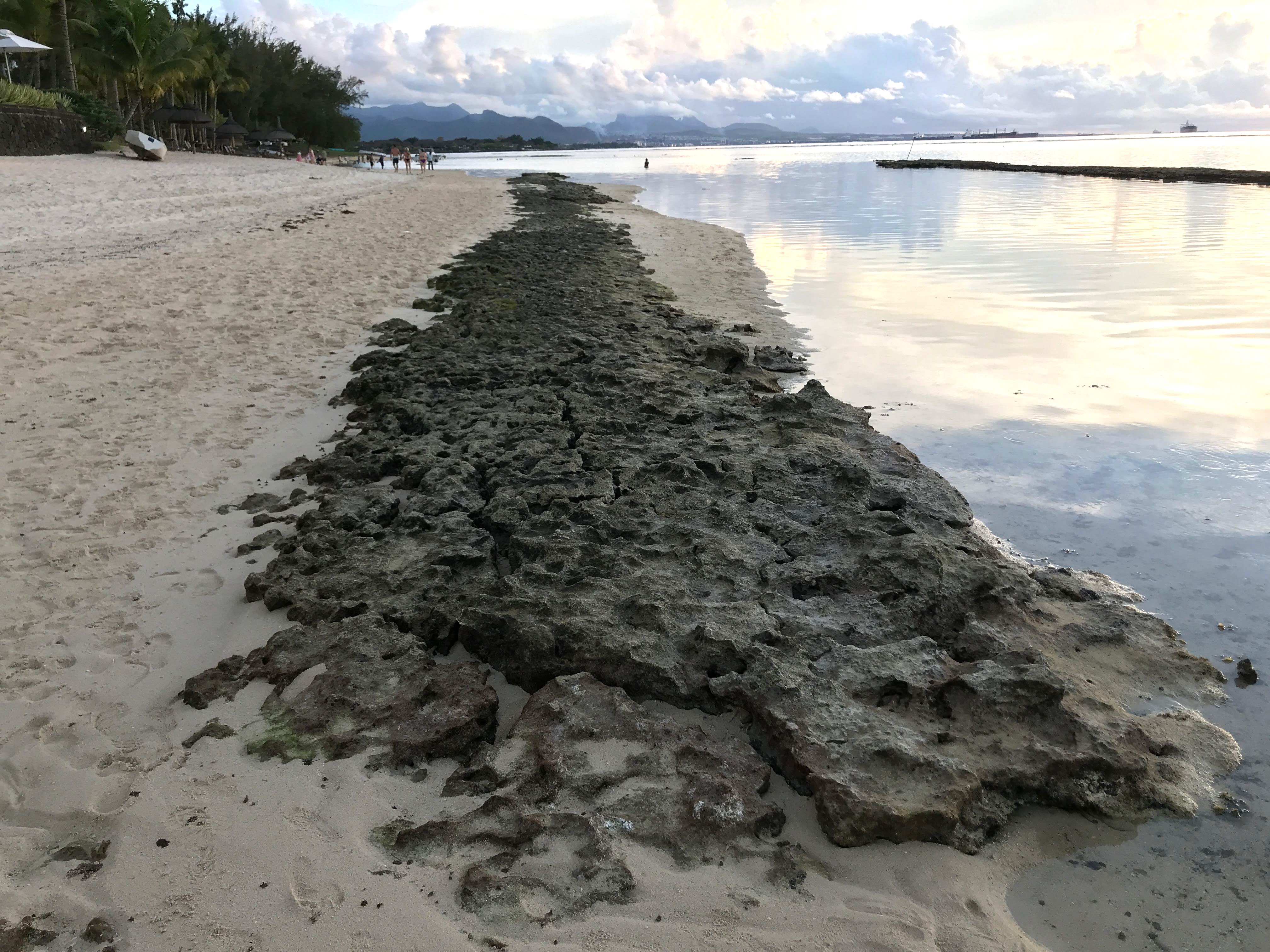 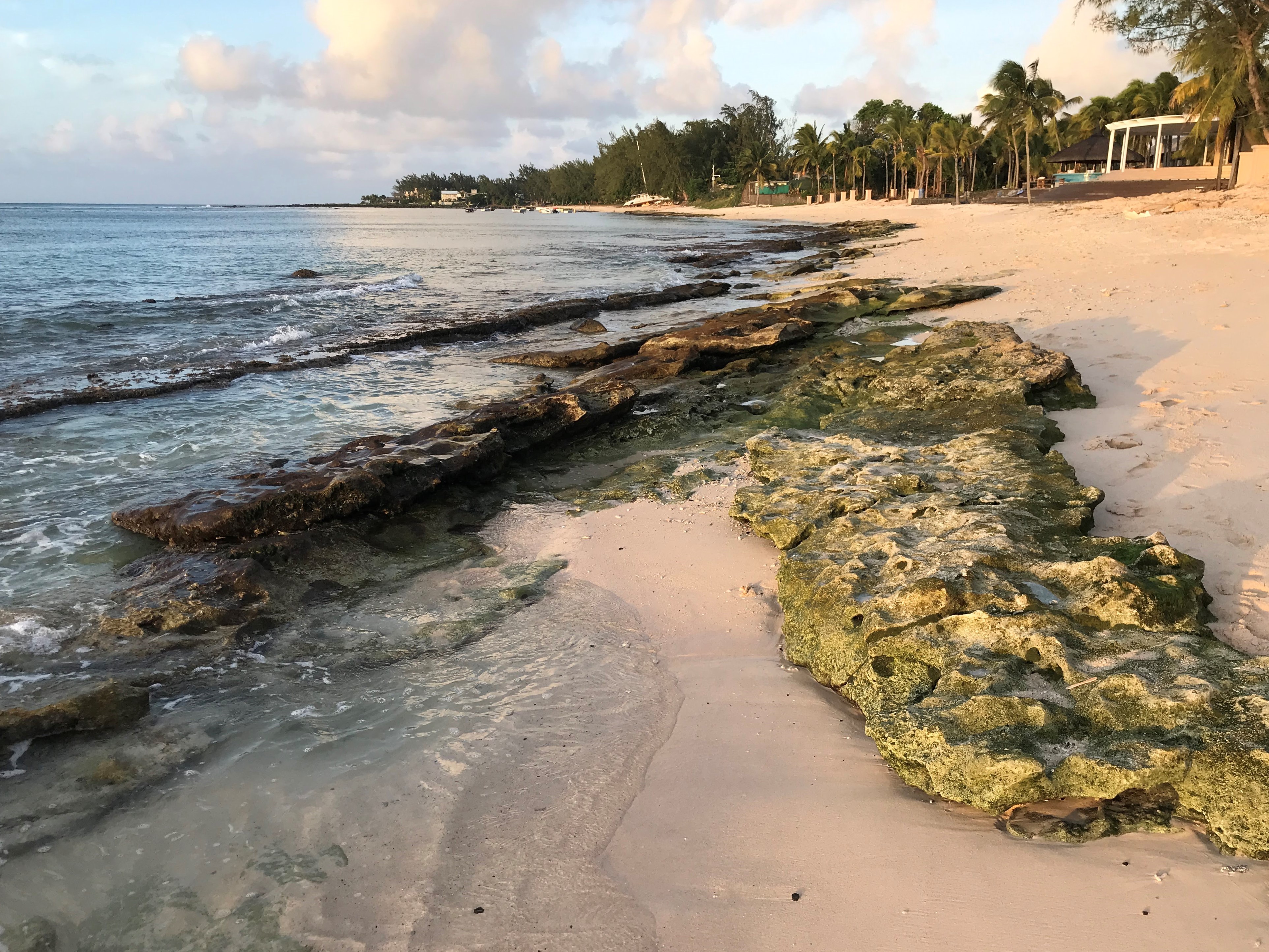 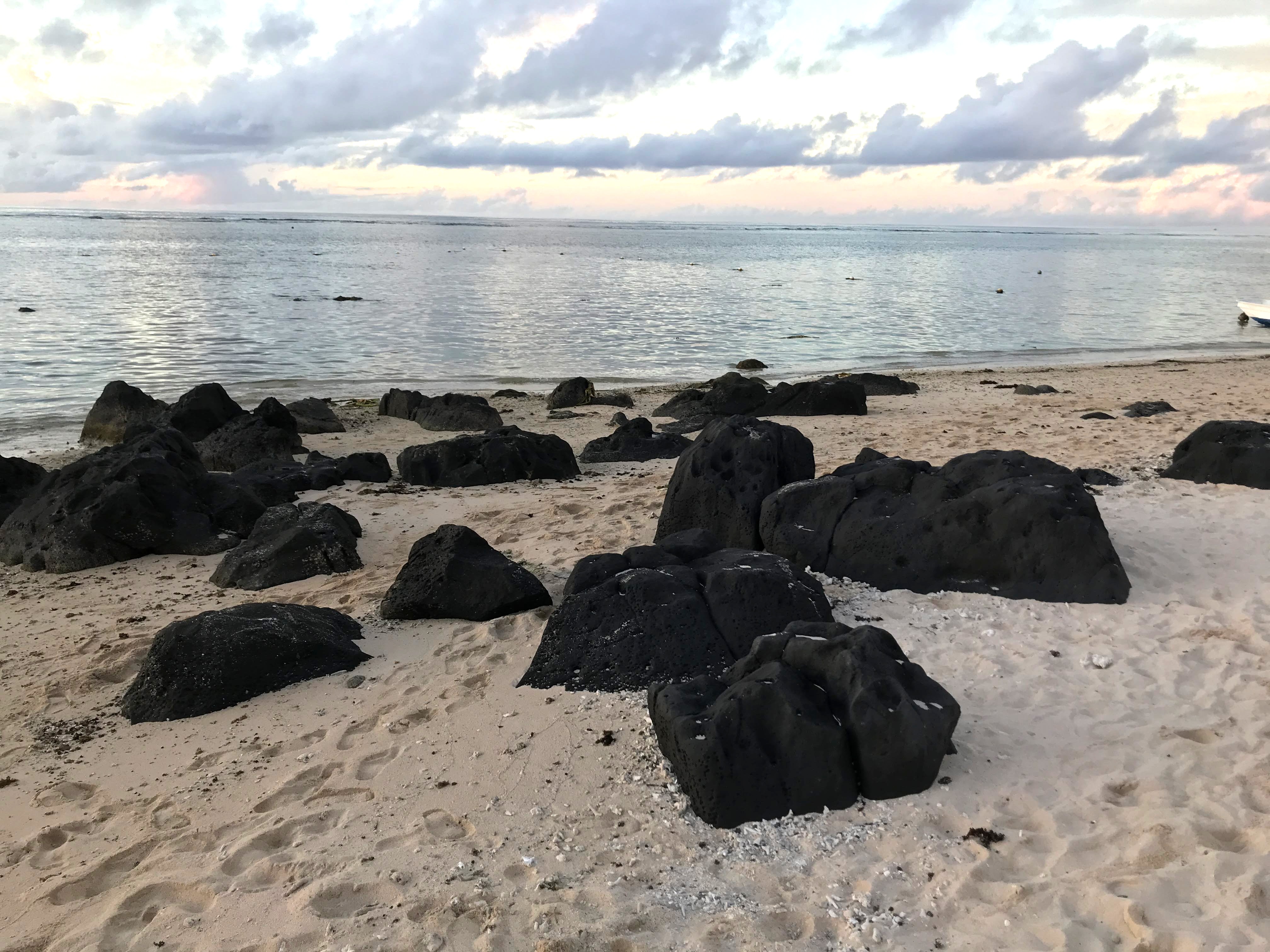 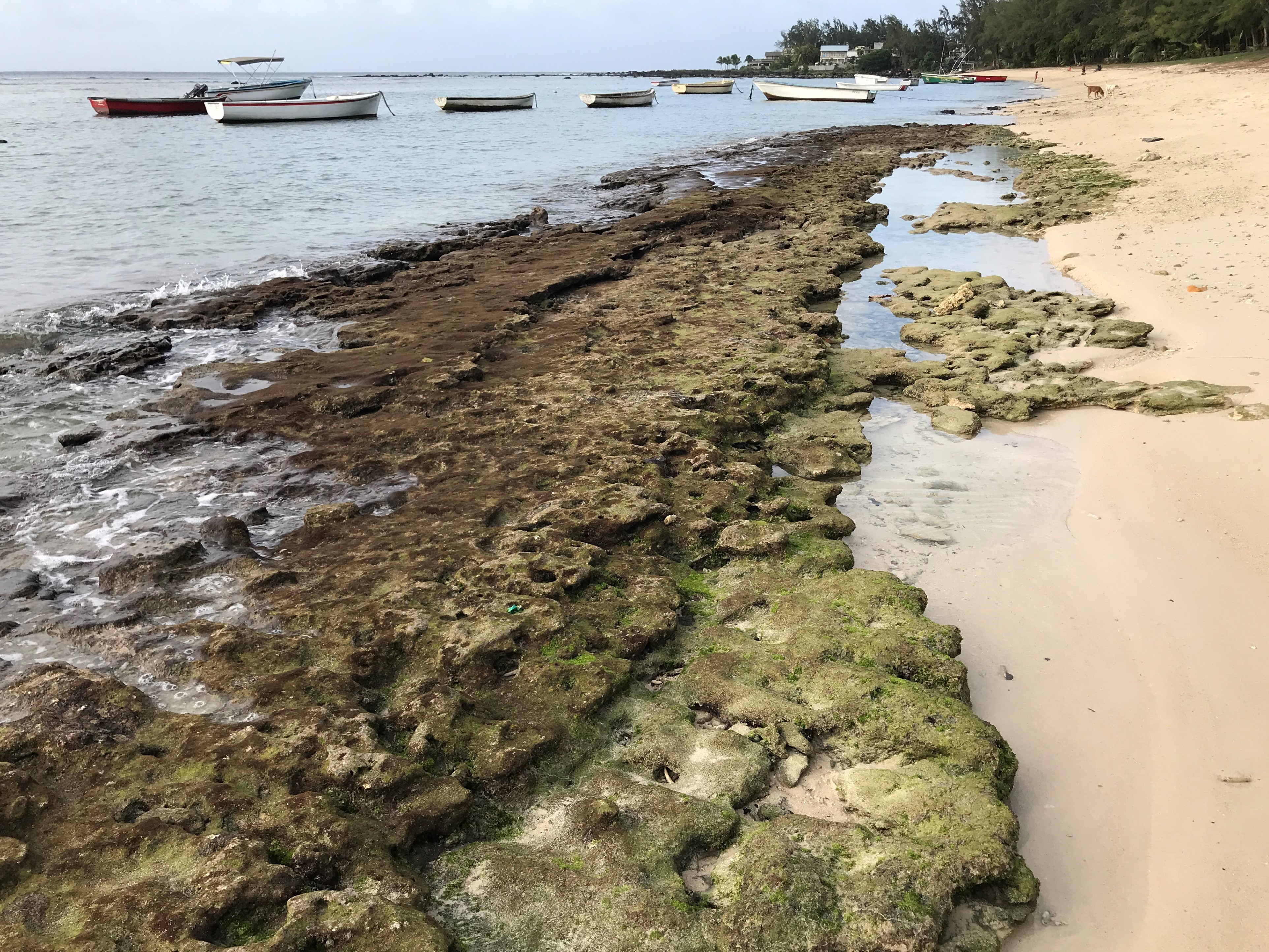 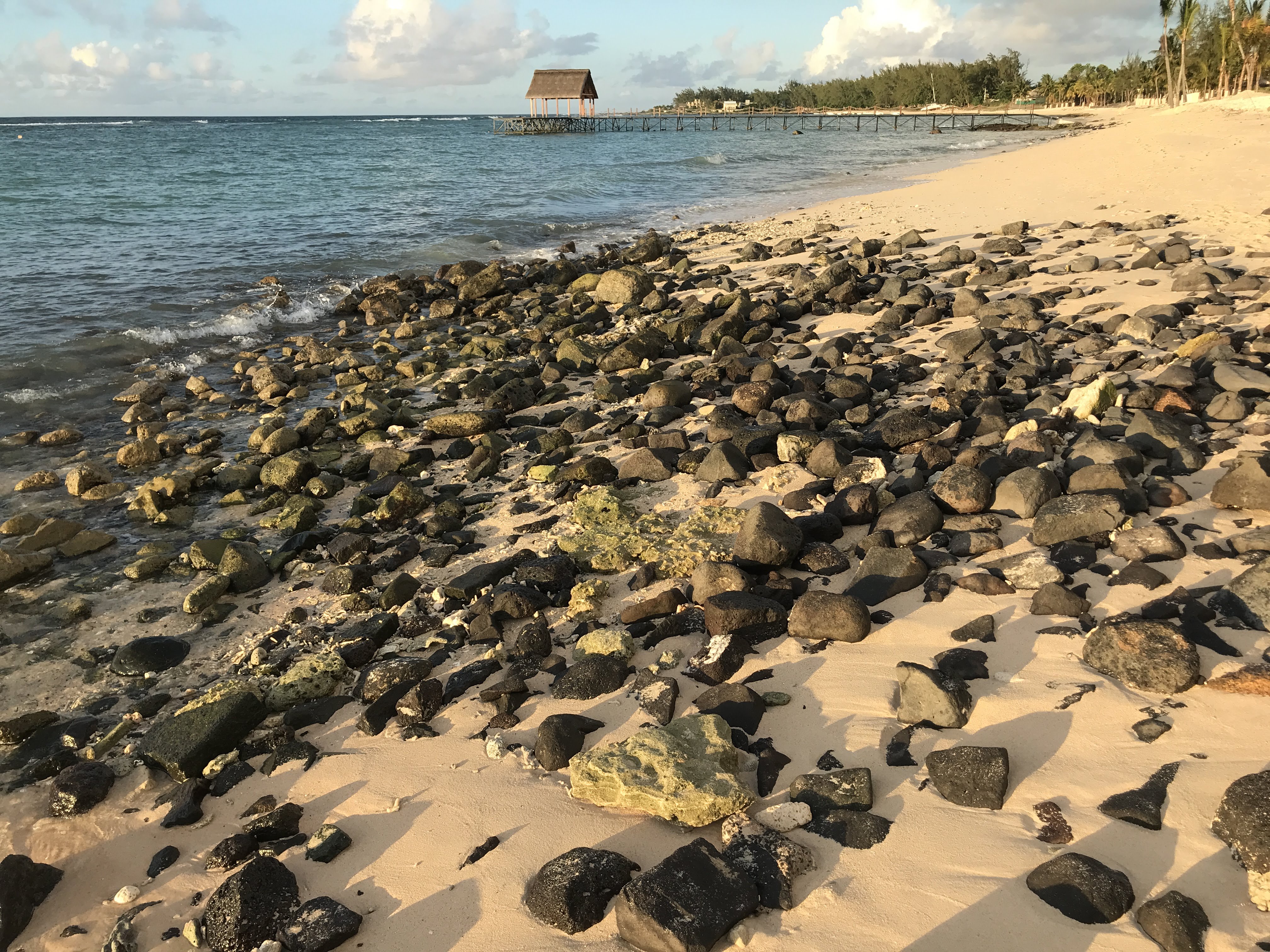 LACK OF AWARENESS
An online survey showed that 61% of the locals selected costal developments reasons for the cause of beach erosion. Although valid, climate change has become the main reason. Without being aware of the real problem, efforts will be invested in the wrong solutions and beaches will continue to erode significantly. 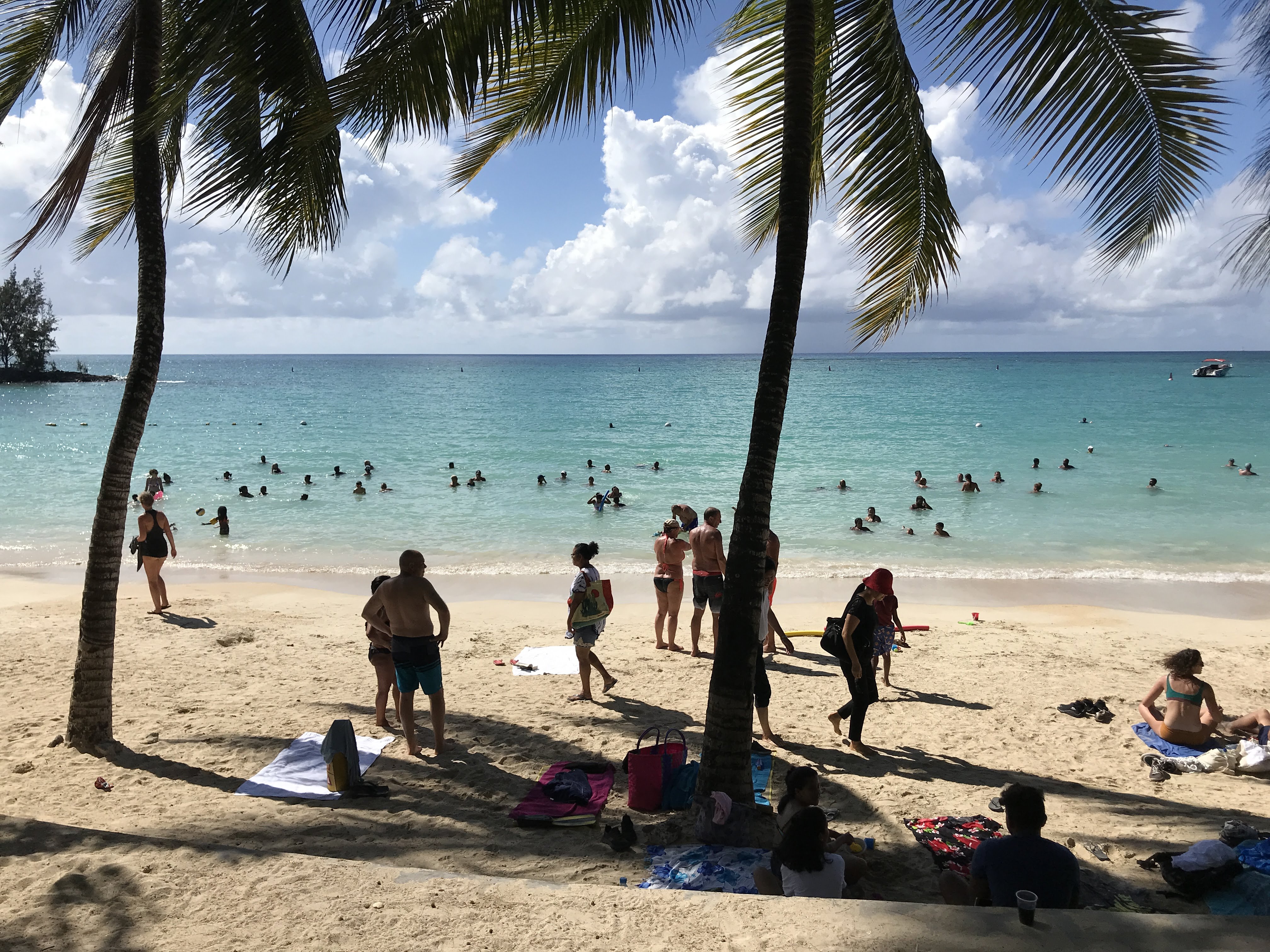 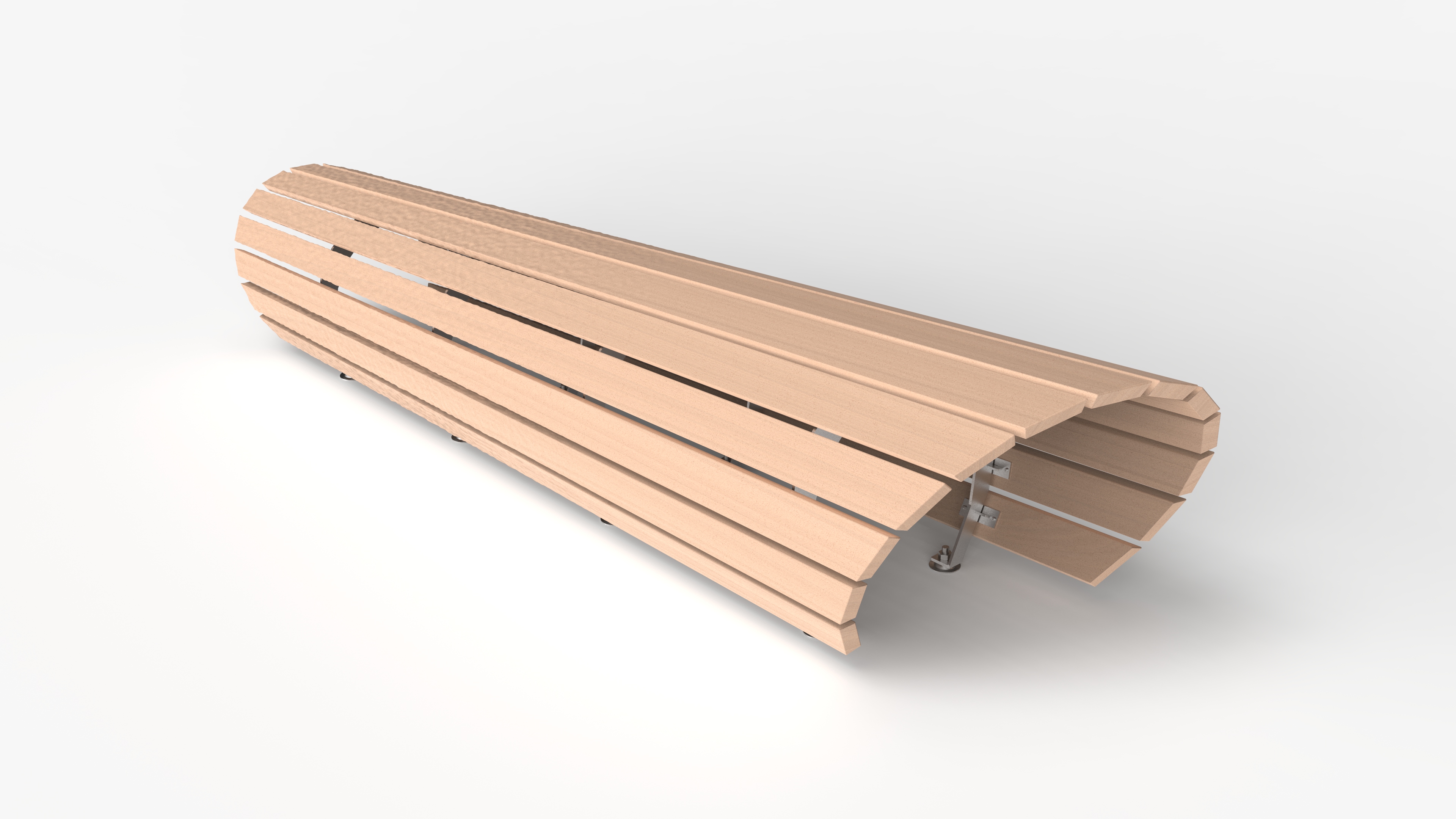 A bench was designed as it reflects the communal usage and belonging of the beach. The form was inspired by driftwoods found along the coast as their deteriorated states were reminiscent of the exposed rocks.
CONCEPTUAL EMBODIMENT 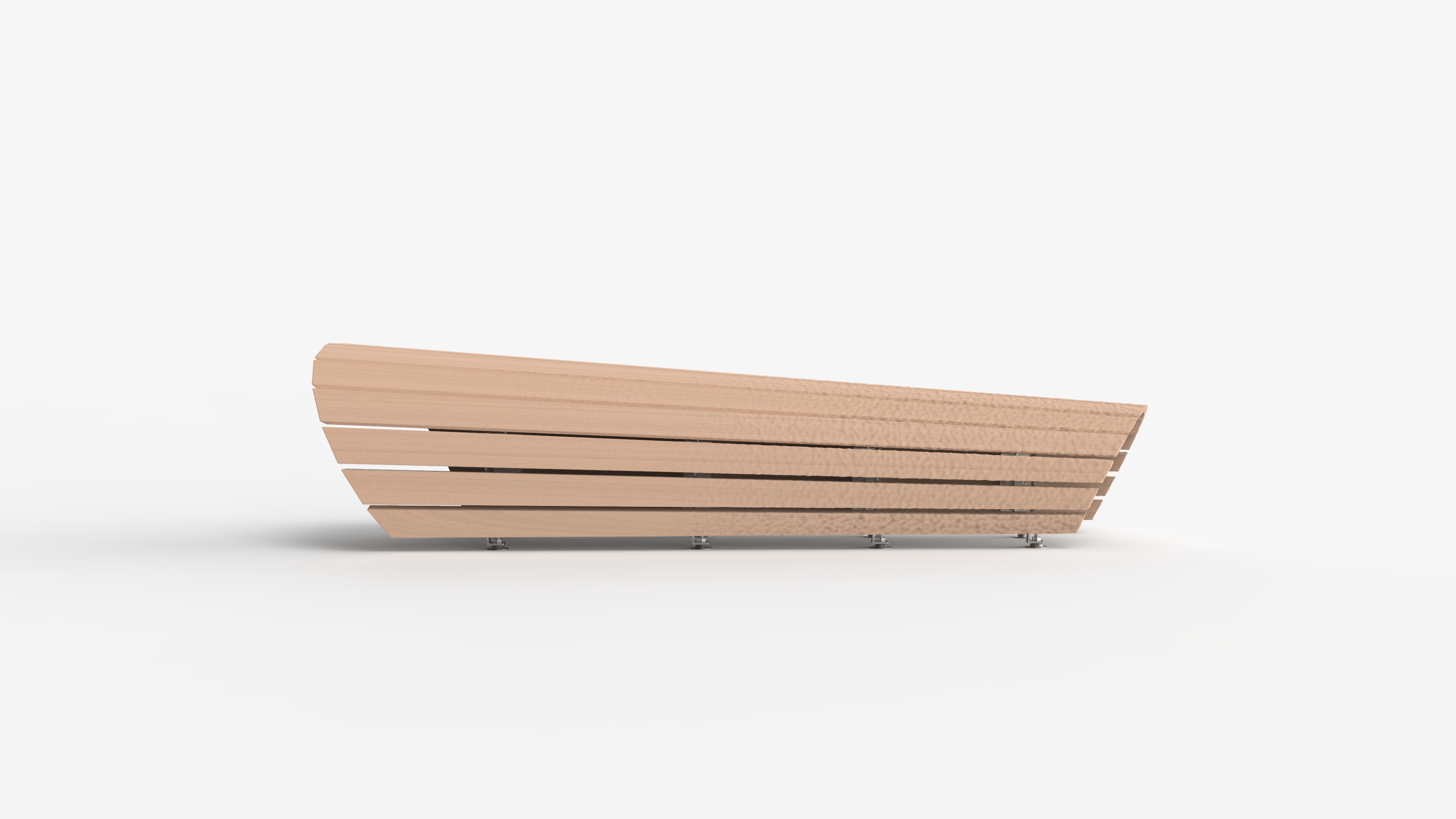 The tapered form is meant to recreate the uncomfortable experience of sitting and walking on the slanted beach, a consequence of beach erosion.
TAPERED FORM 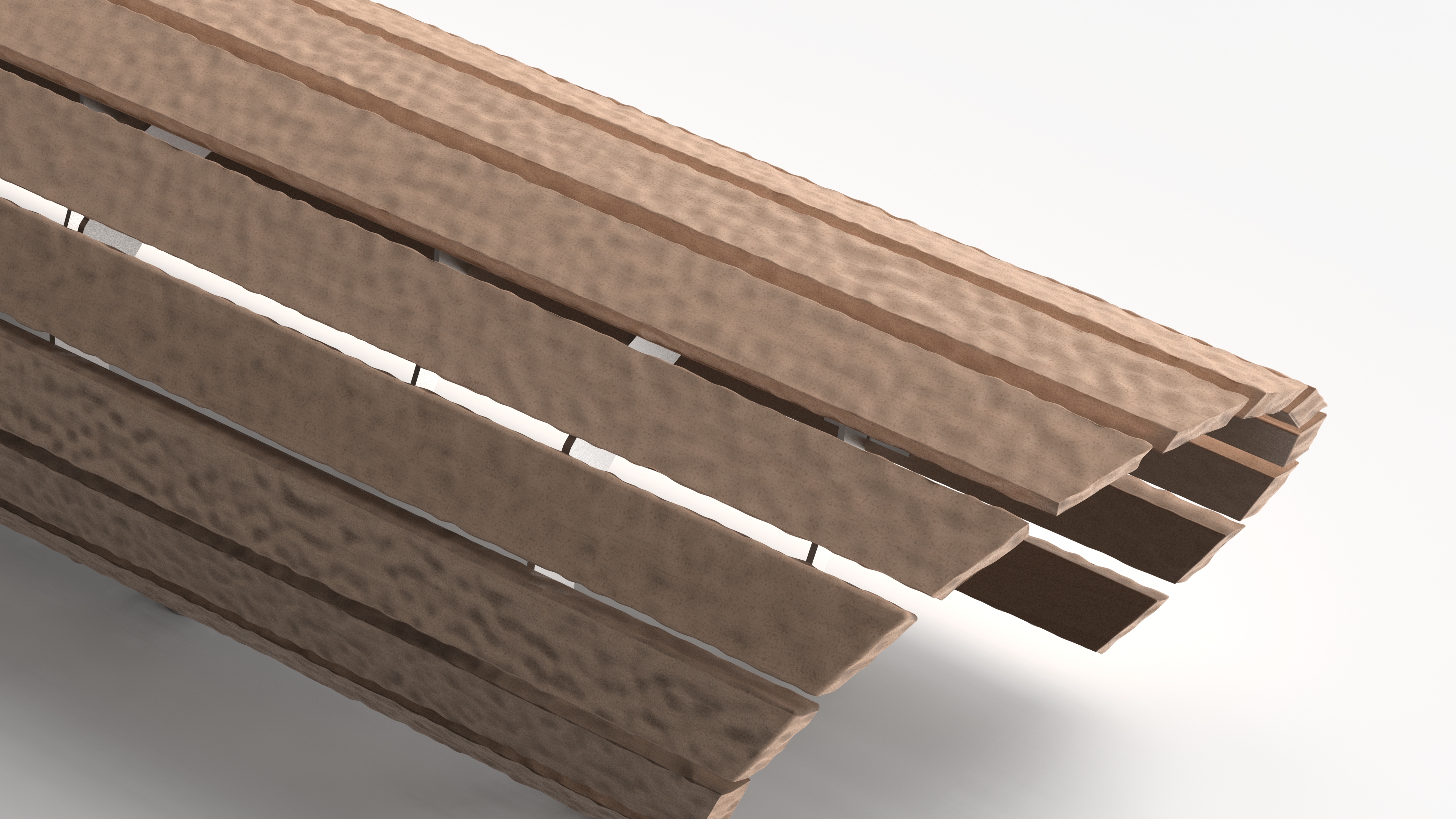 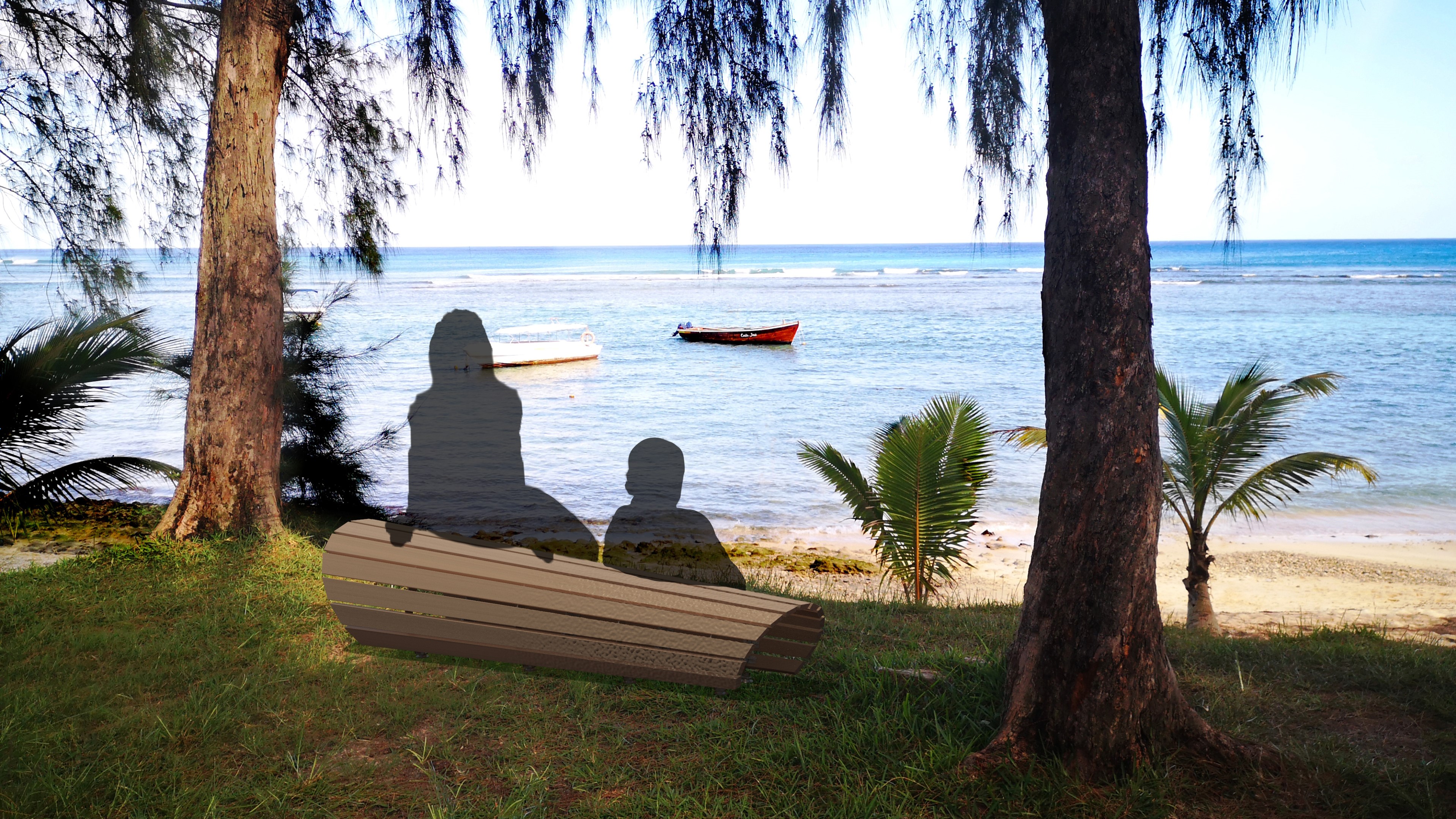 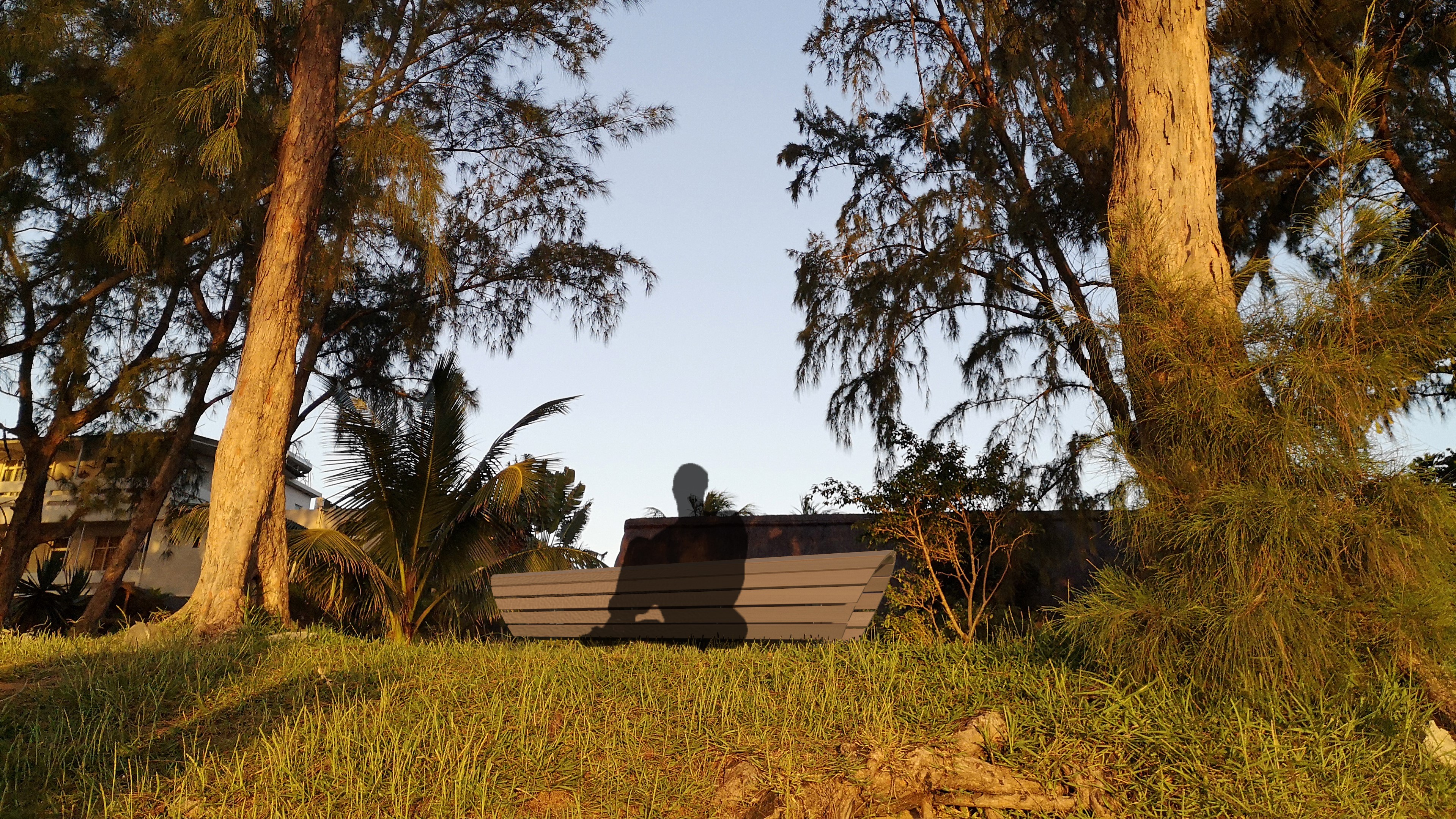 ACCOMMODATING TO A WIDER AUDIENCE
The beach of Pointe aux Piments - Portion 3 had been chosen as the focal site as it is well received by both the locals and tourists, hence engaging a wider audience. With its tapered form, the bench is able to accommodate a range of users, with the higher end for adults and the lower end for children. 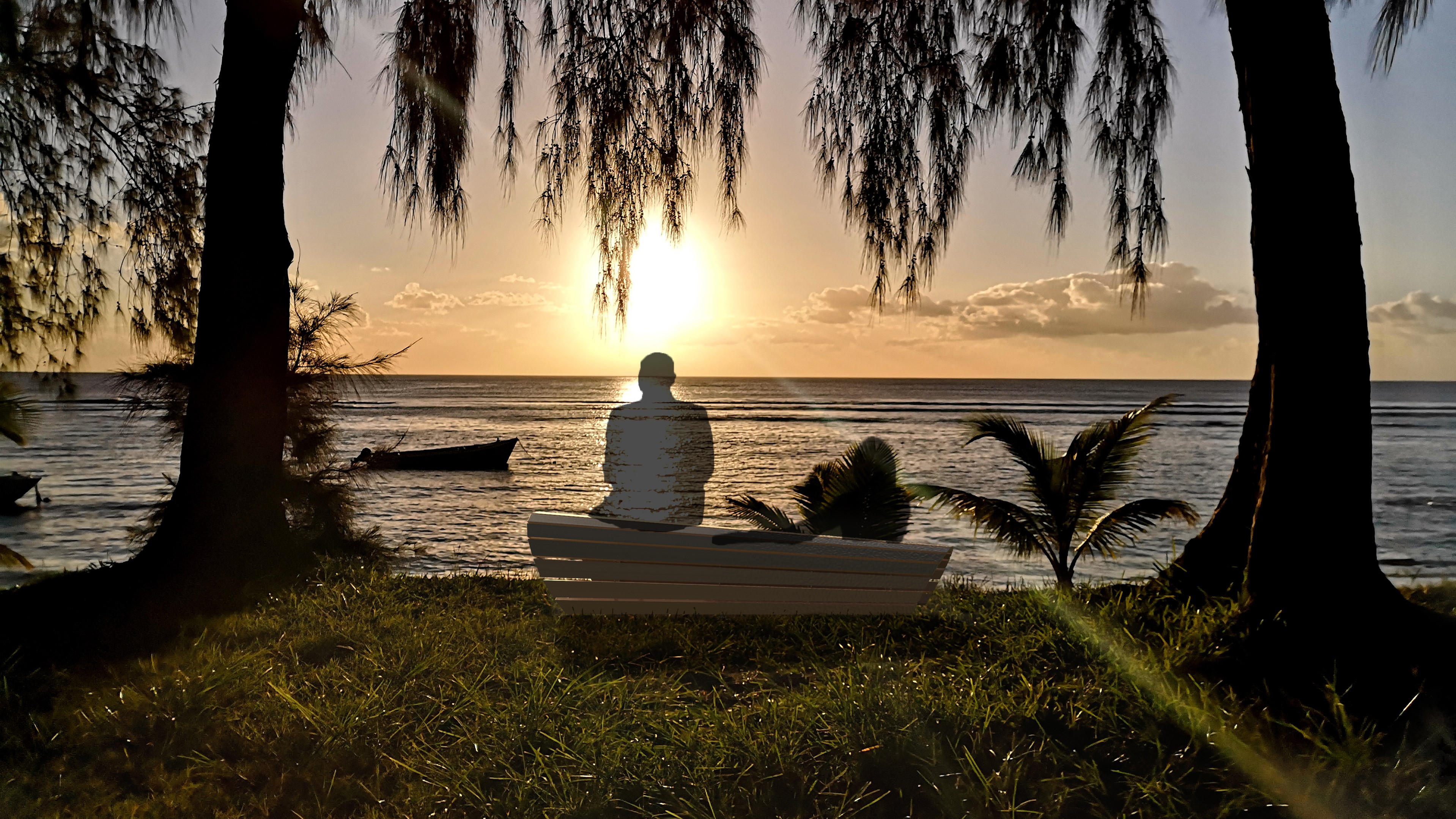