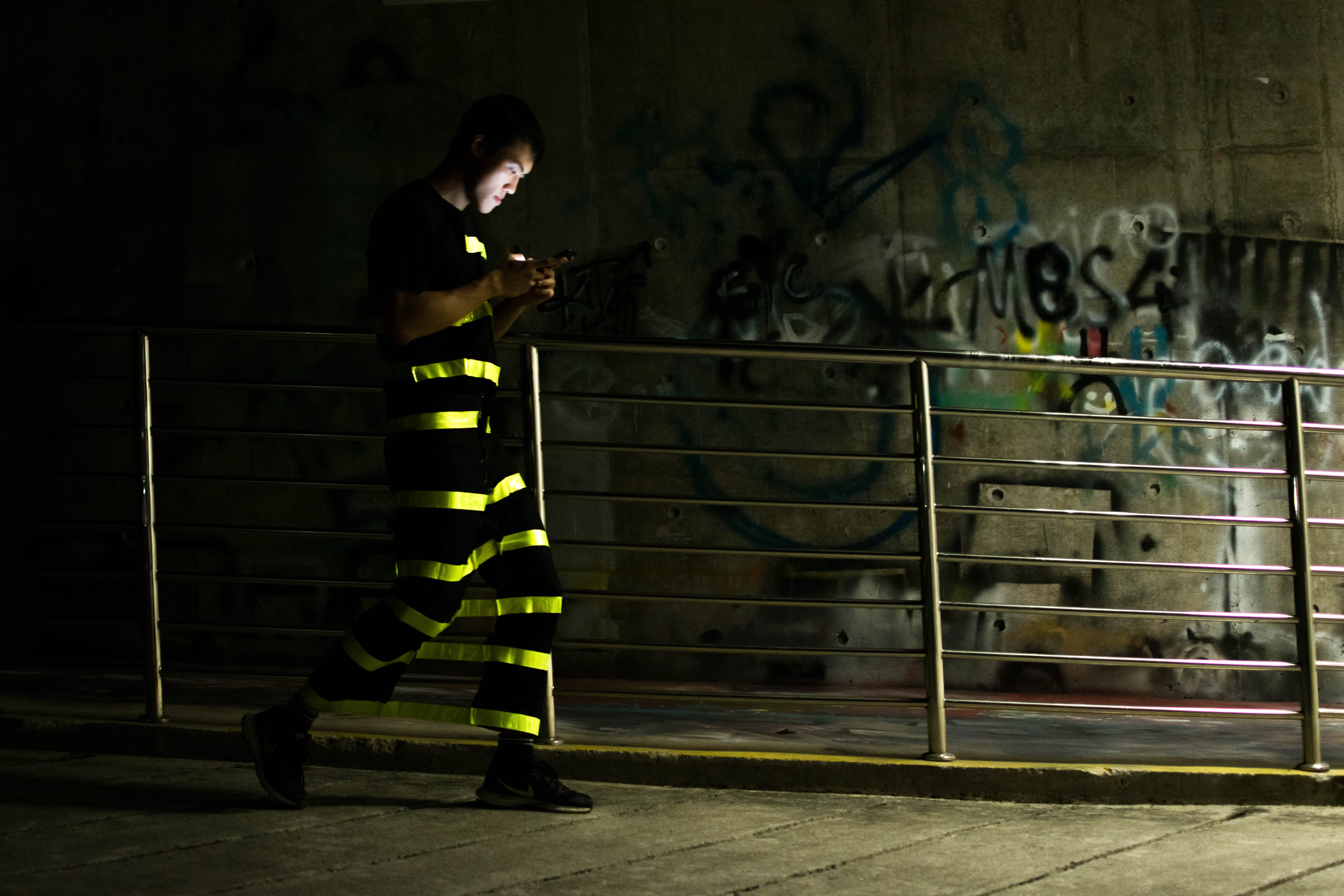 CONTROLLED
Controlled is a commentary piece on society's usage of smartphones. Inspired by people walking and looking at their smartphones simultaneously, the garment encourages the behaviour while also criticising it. By approaching this controversial issue optimistically, a satirical framework is created for viewers to reflect upon their use of smartphones, questioning whether they are the one controlling their devices, or they are the one controlling us.

(Controlled is a continuation of Safety Overalls.)
Material
Cotton fabric, faux leather, acrylic, electrical components
Programmer
Ong Zi Feng
Photographer
Annissa Athirah
Videogrpaher
Kaie Slater
Model
Jarren Lau Zong Xian
Year of production
2019
LACK OF SURROUNDING AWARENESS
By focusing on our phone's screen, our awareness of the surrounding decreases significantly. This increases the risks of accidents such as bumping into someone or falling into a street drain.

LIMITING THE STRIDE
The easiest way to reduce the risk of accident is to limit each stride, thereby giving the person more time to avoid the danger. This is done by connecting both legs via straps.

REPLACING THE EYES WITH ELECTRONICS
Electronics are used to replace the eye's function see incoming dangers. A LIDAR housed inside the Menhir (orange-fluorescent box) is used to detect the nearest obstacle within a range of 135° and a proximity of 5m. The data collected is then processed by an Arduino that informed the LEDs on the jumpsuit the blinking direction.

As the distance between the person and the obstacle decreases, the blink rate increases, prompting the person to quickly change direction. The location of the LEDs are placed on the chest for visibility reasons. 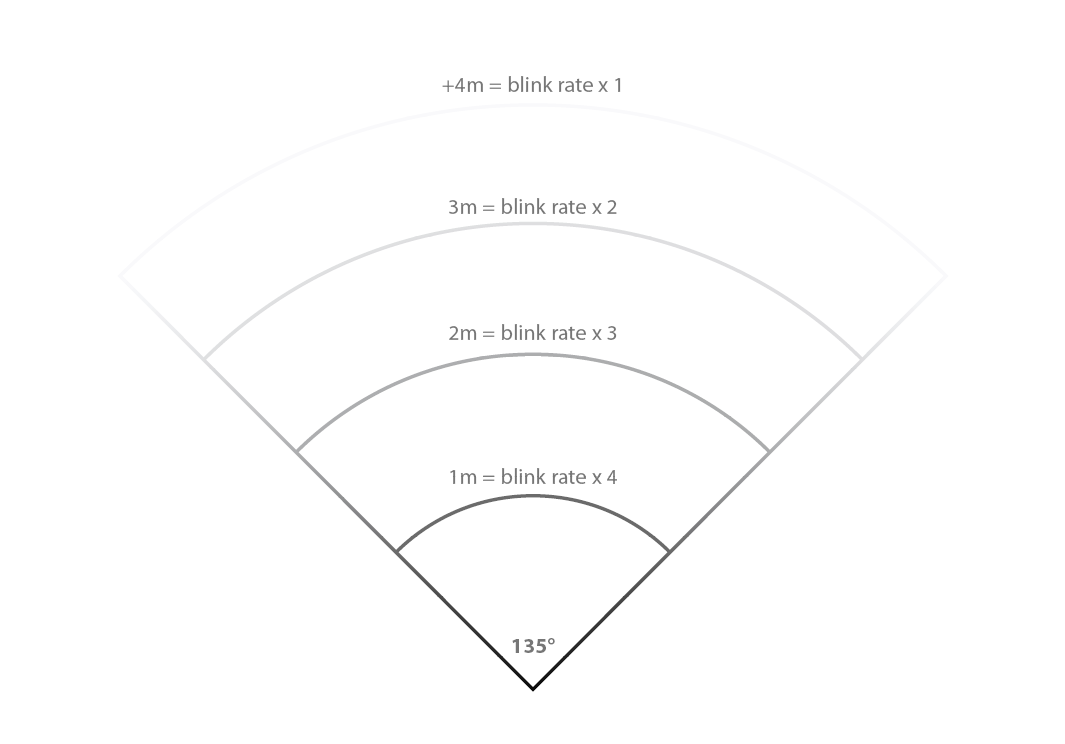 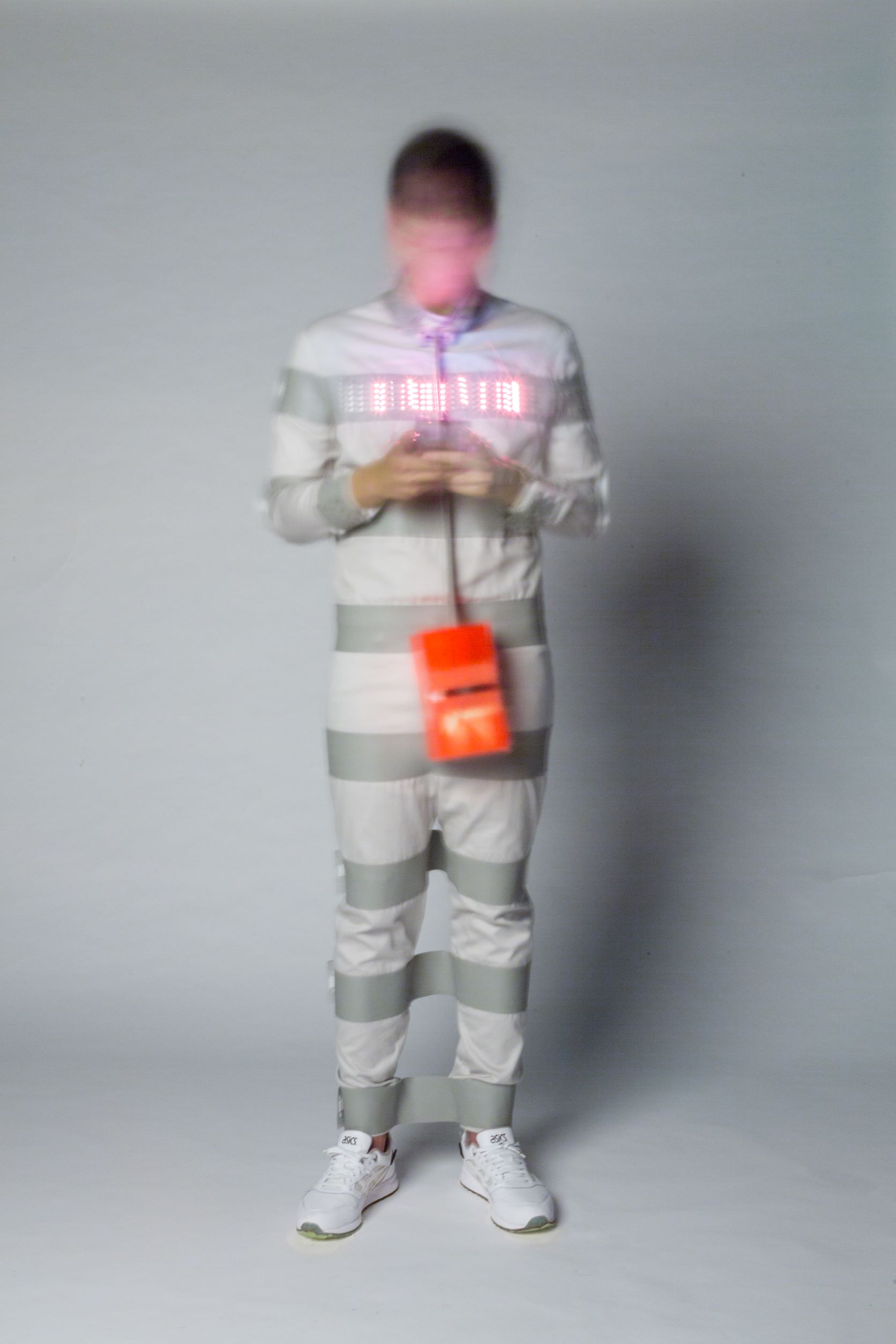 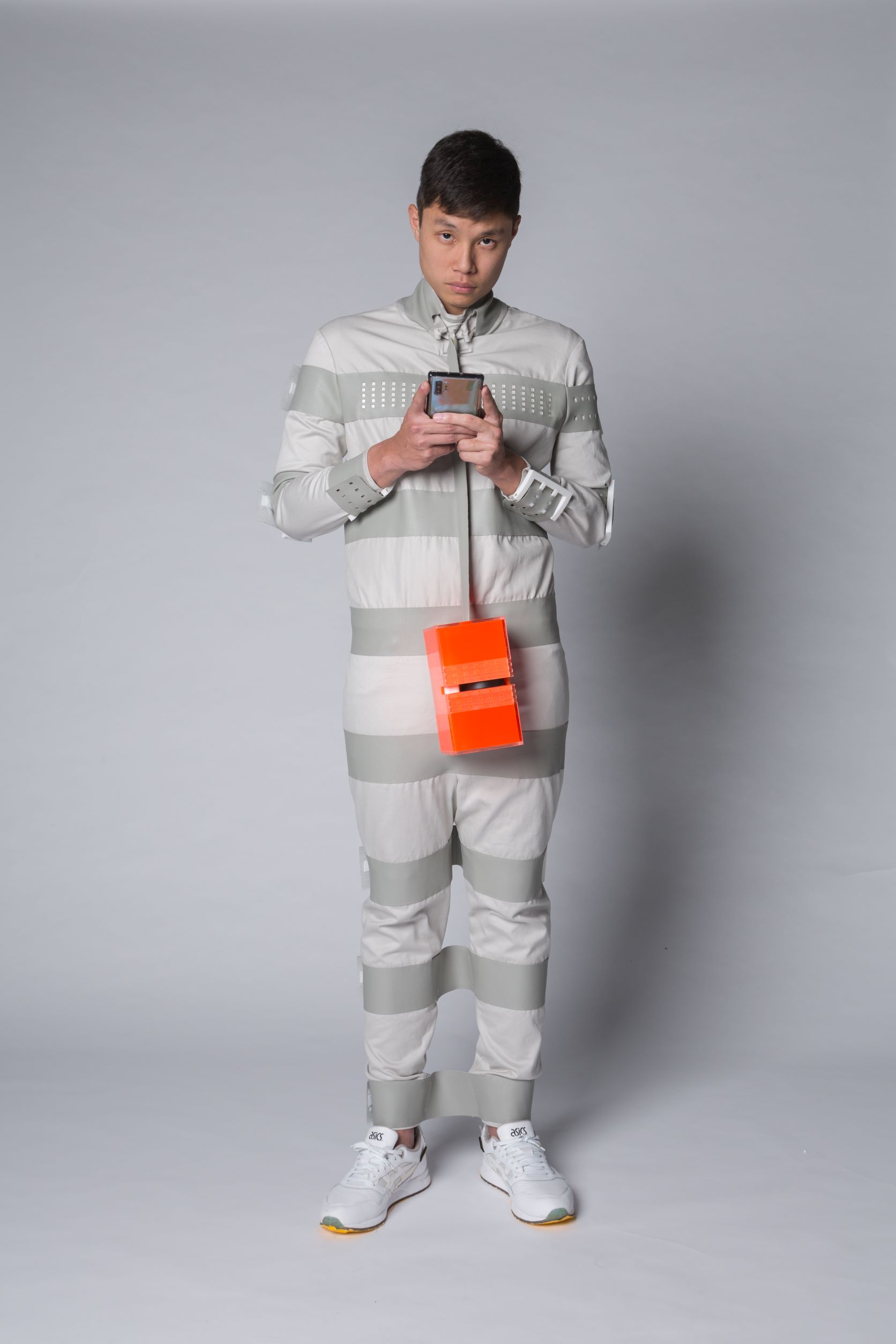 CREATING A RESTRICTIVE LOOK
The stripe pattern of the garment is inspired by straight jackets used to limit the wearer's movement. In the context of Controlled, it signifies the wearer's bond to their smartphones. 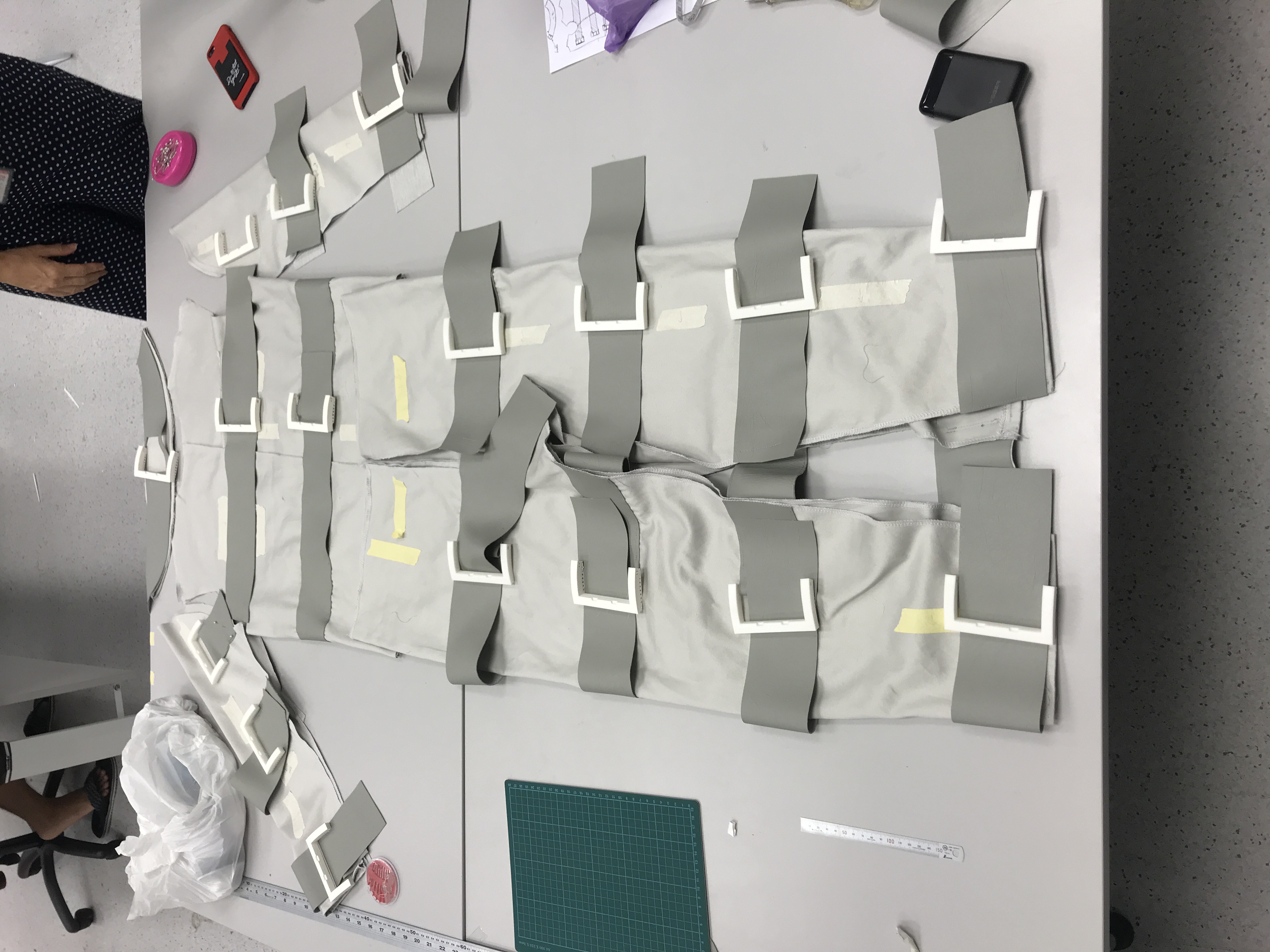 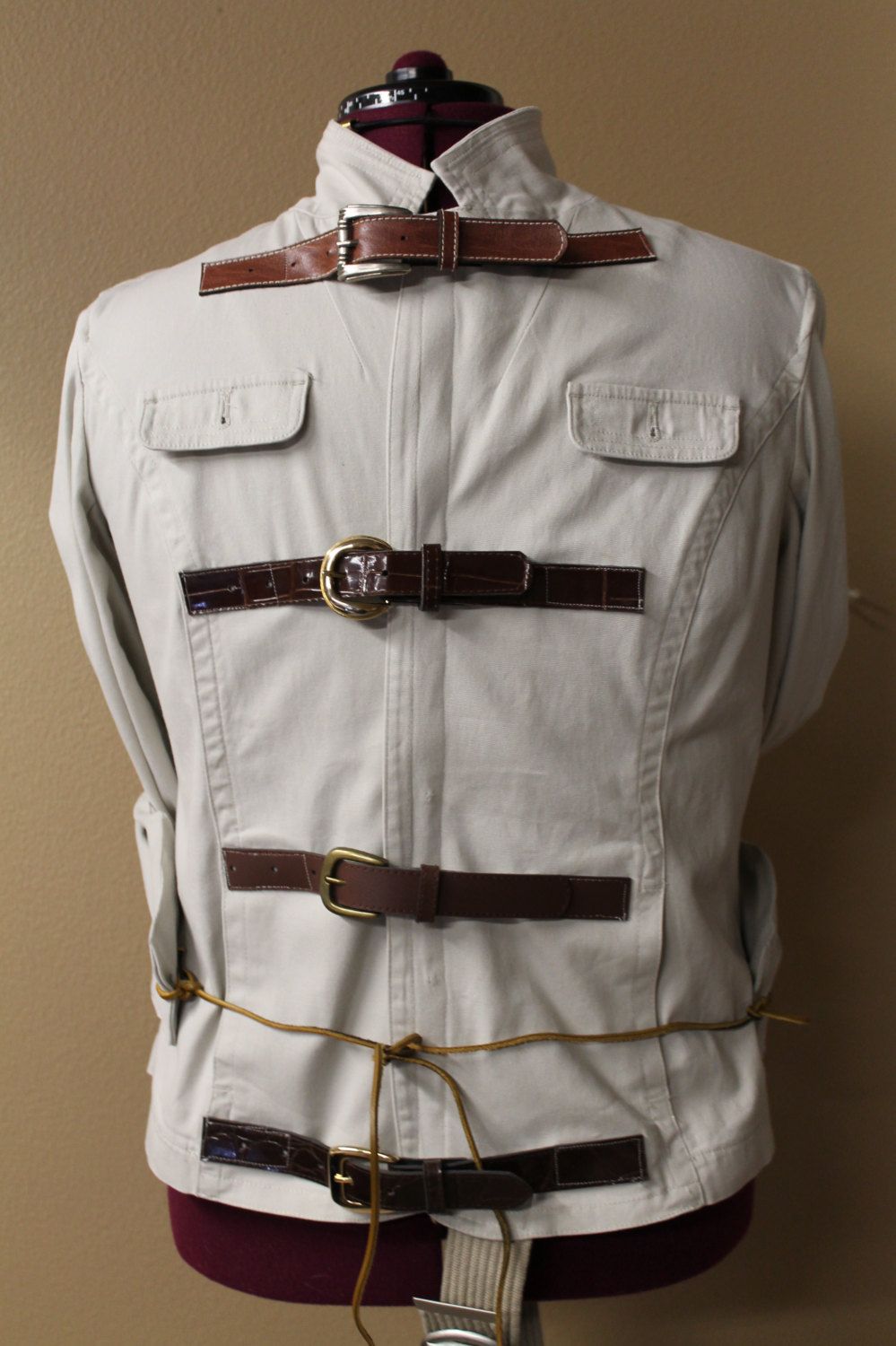 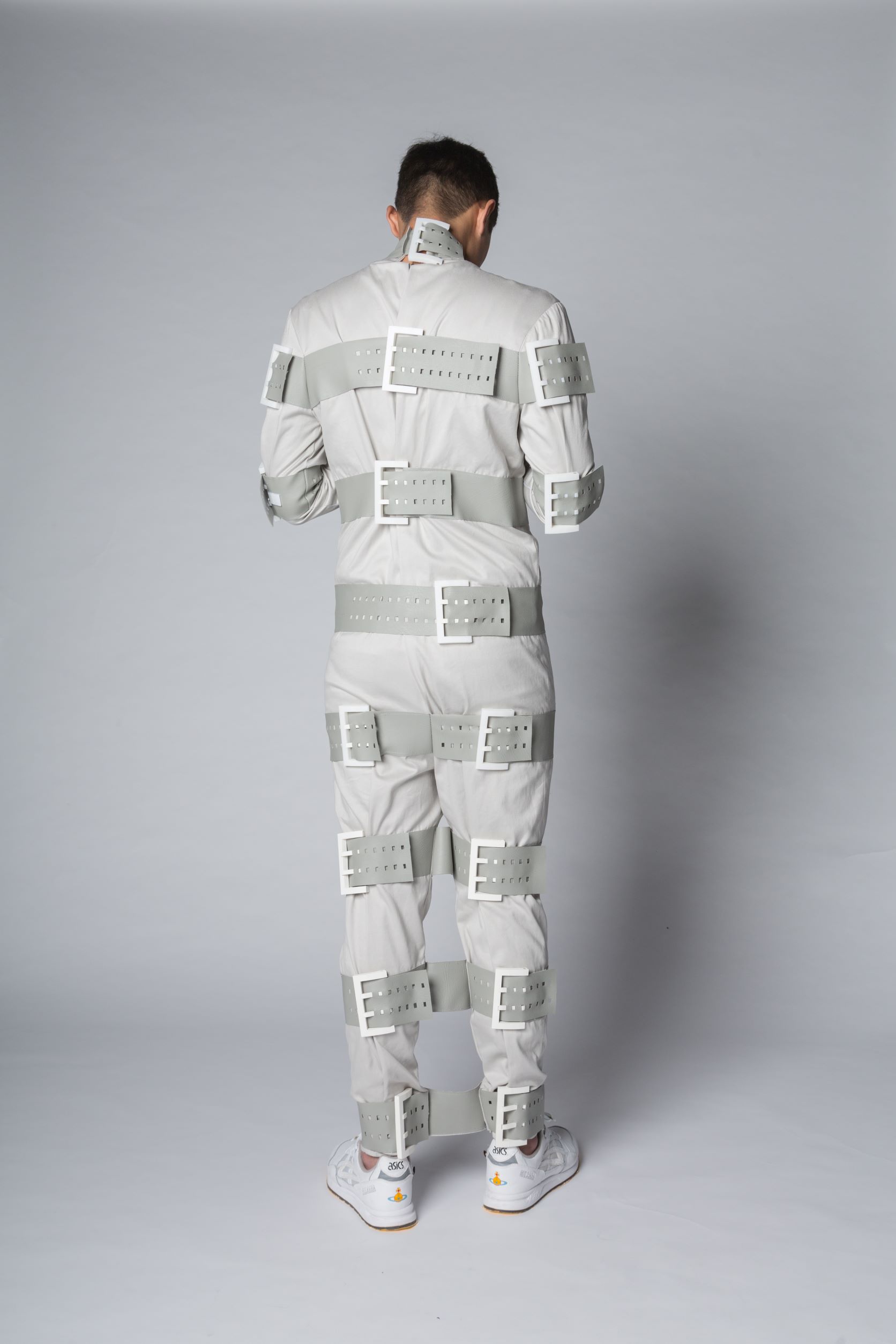 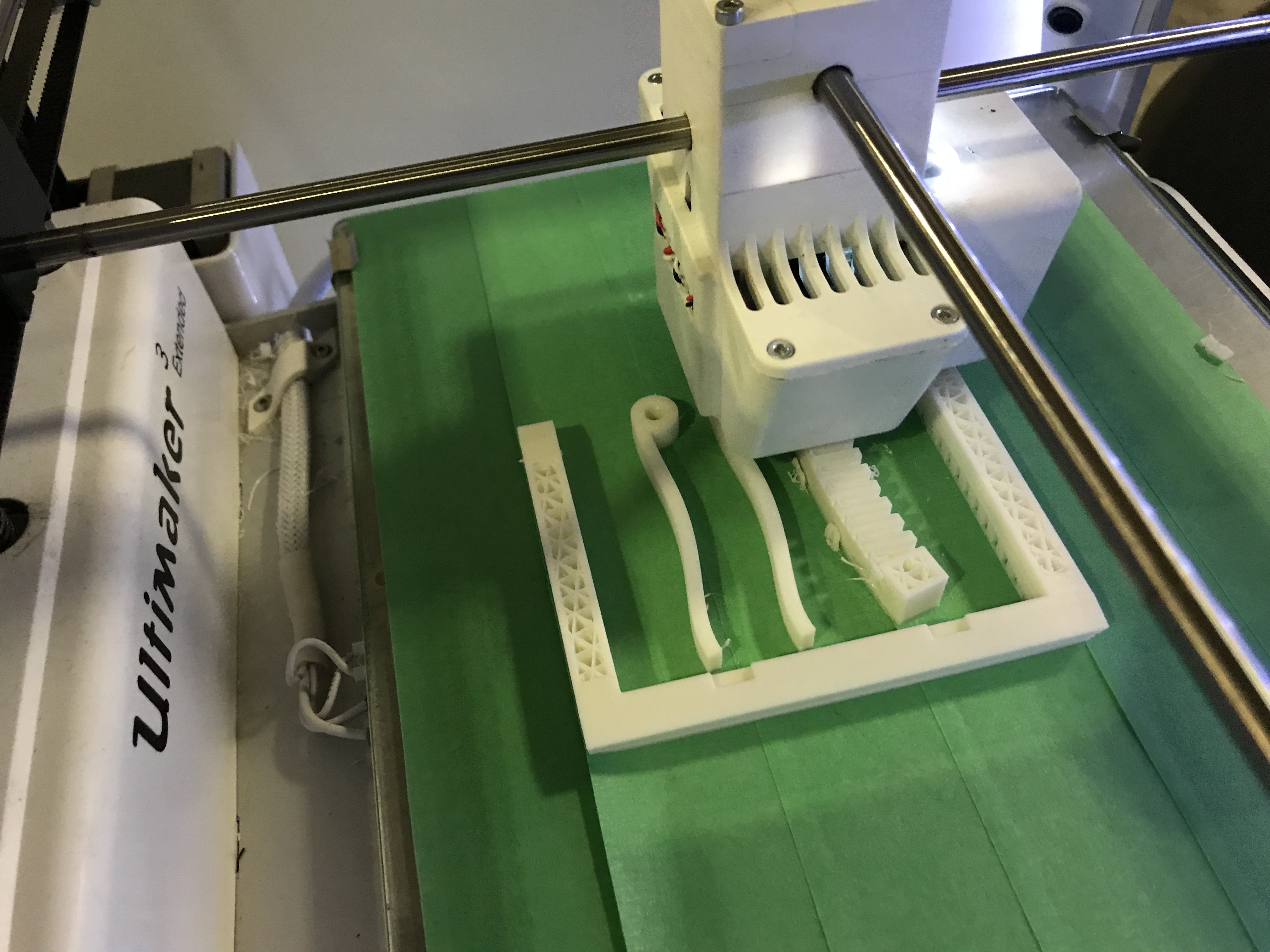 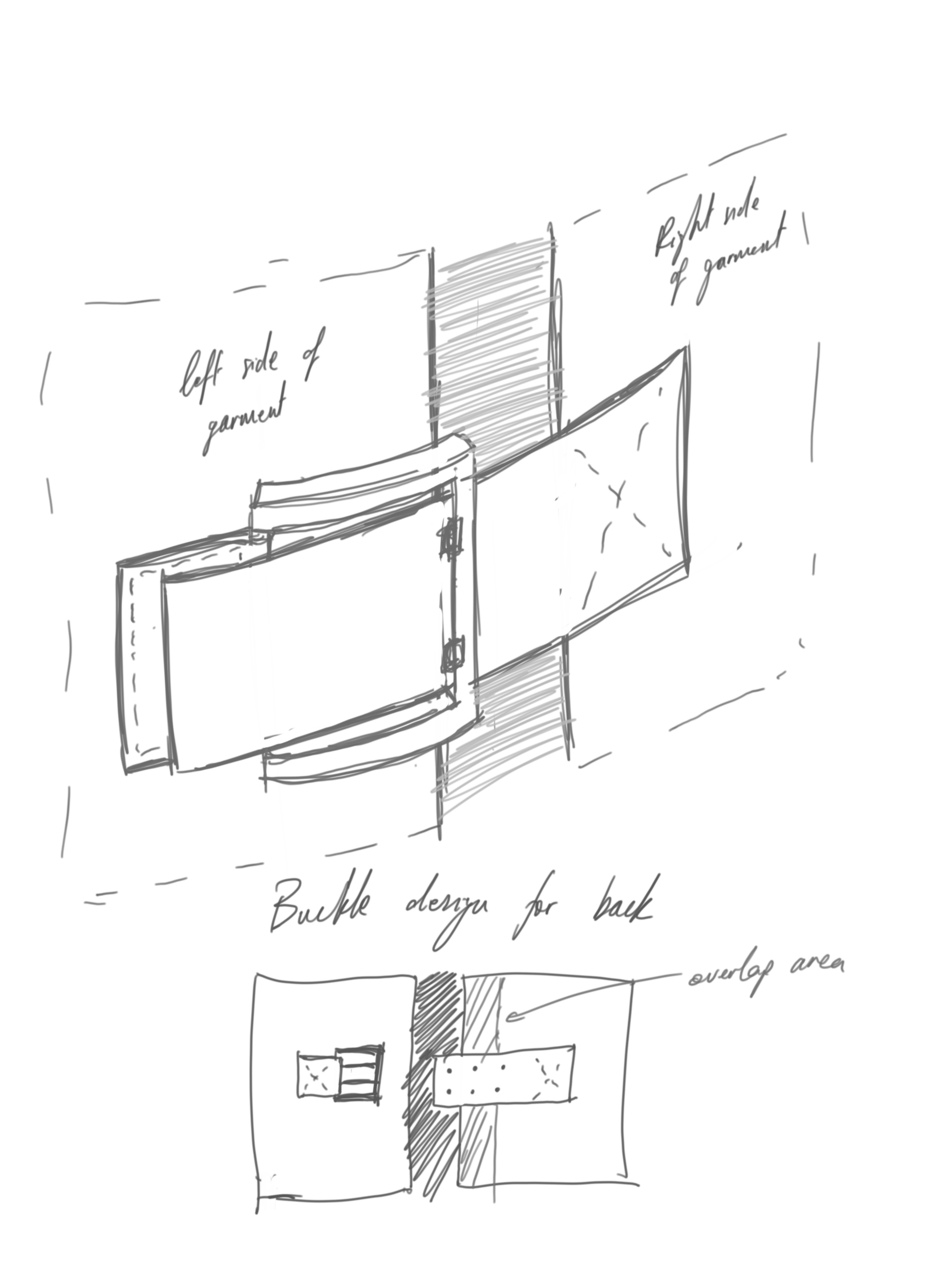 STRAPPED TO THE MENHIR
Inspired by the metal ball chained to the ankle of prisoners, a similar physical restraint is found on the garment by attaching the Menhir to the neck. In this way, the user is forced to constantly look down and let the technology dictate their walking direction. 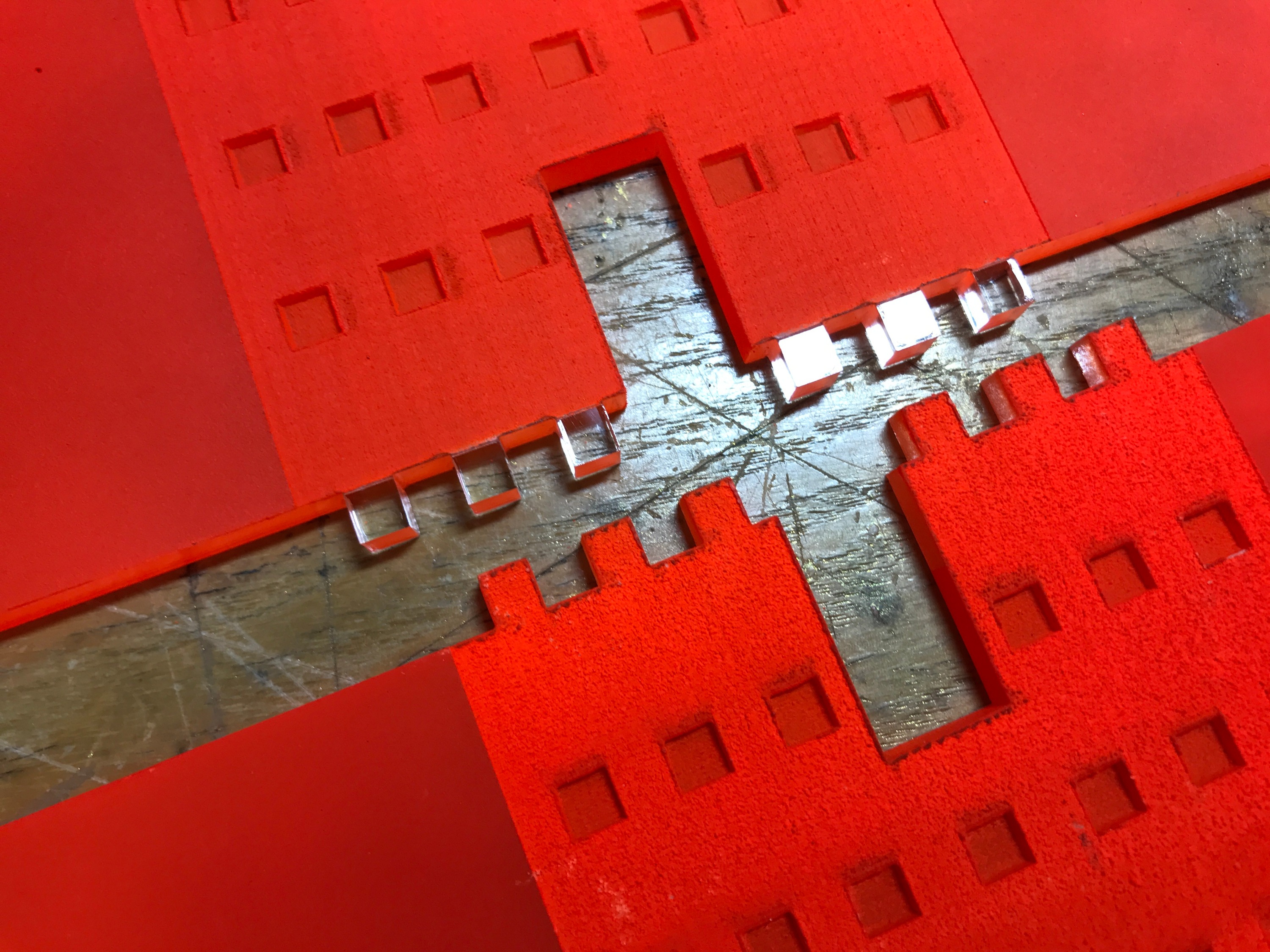 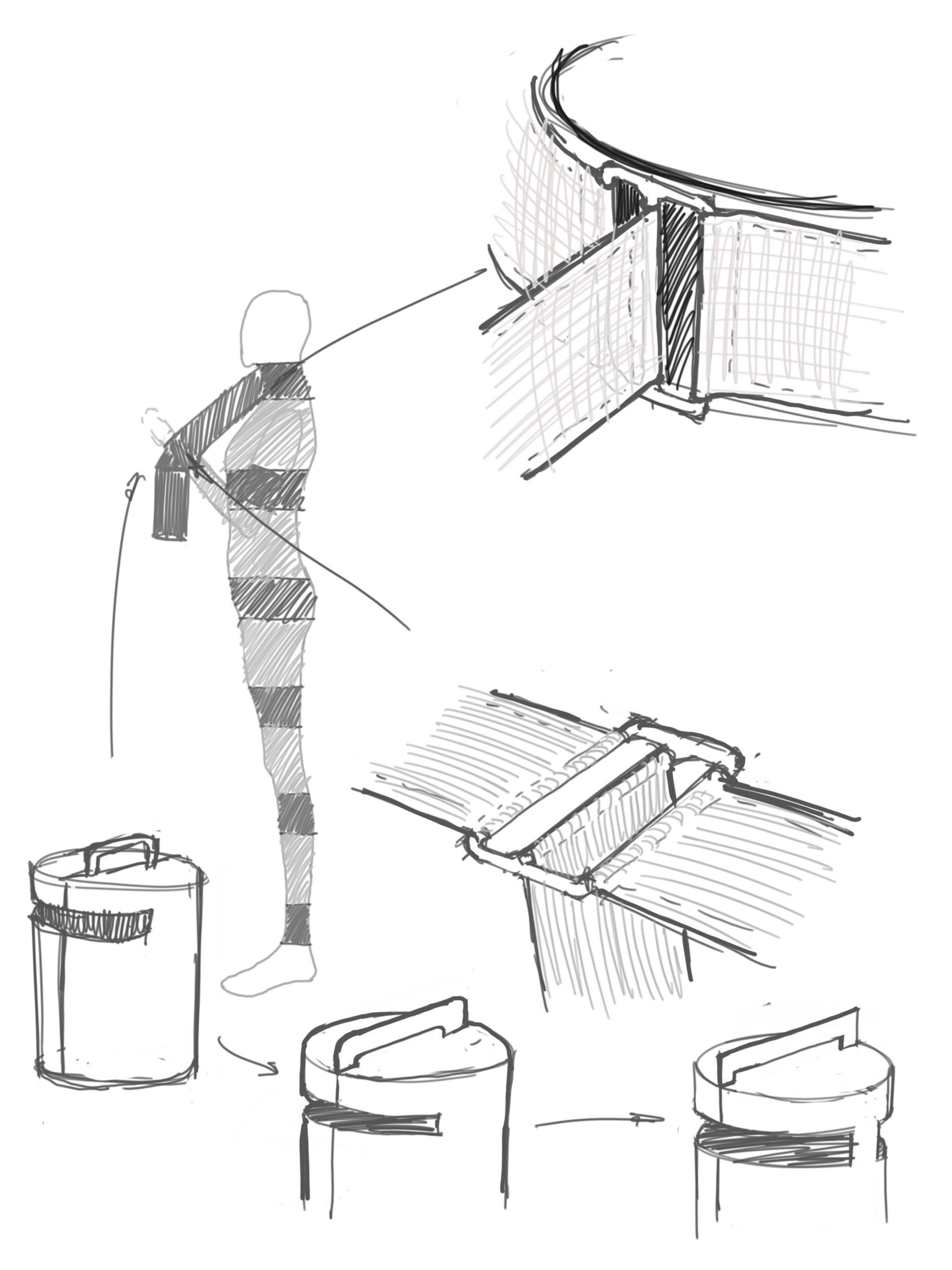 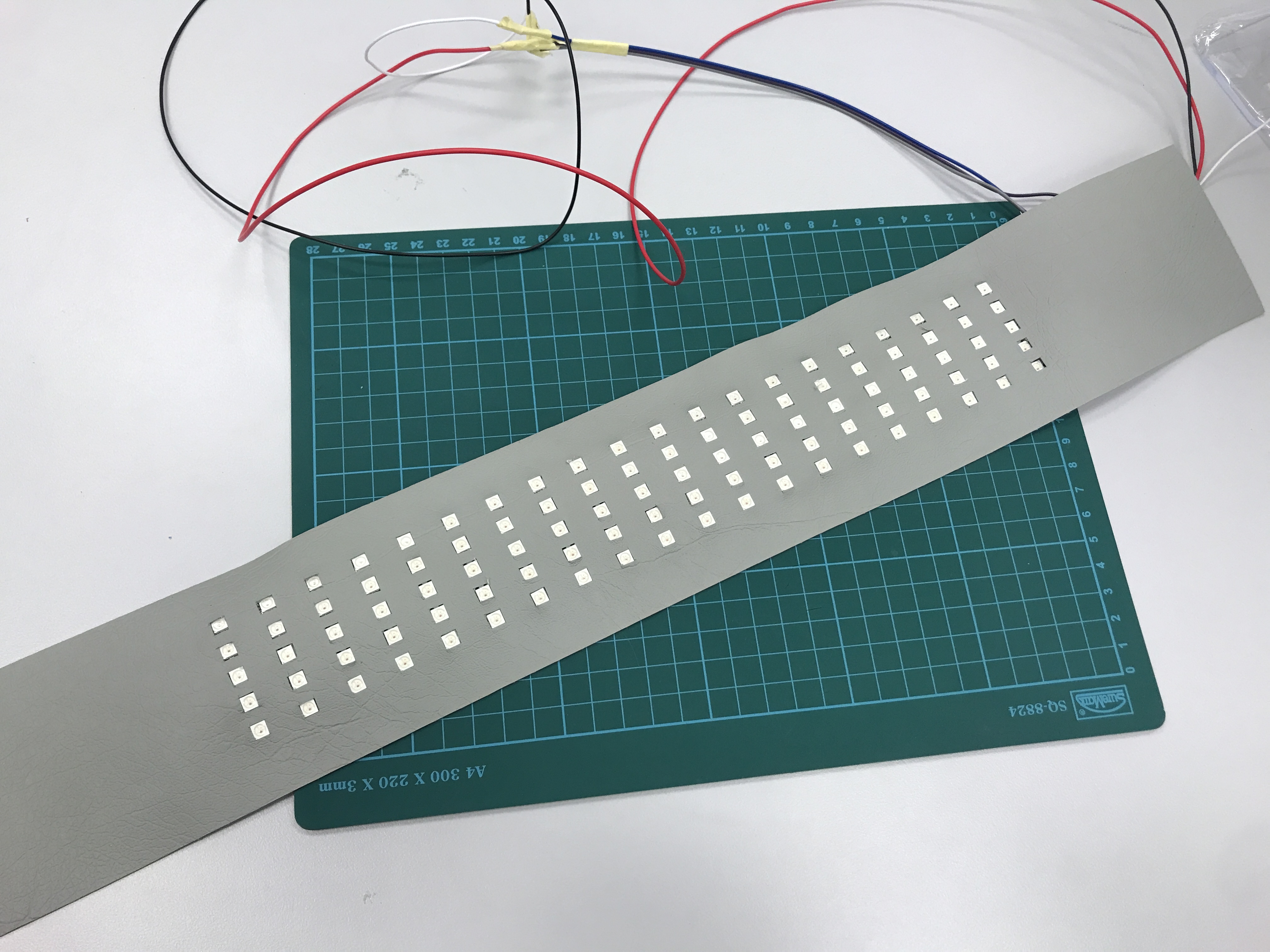 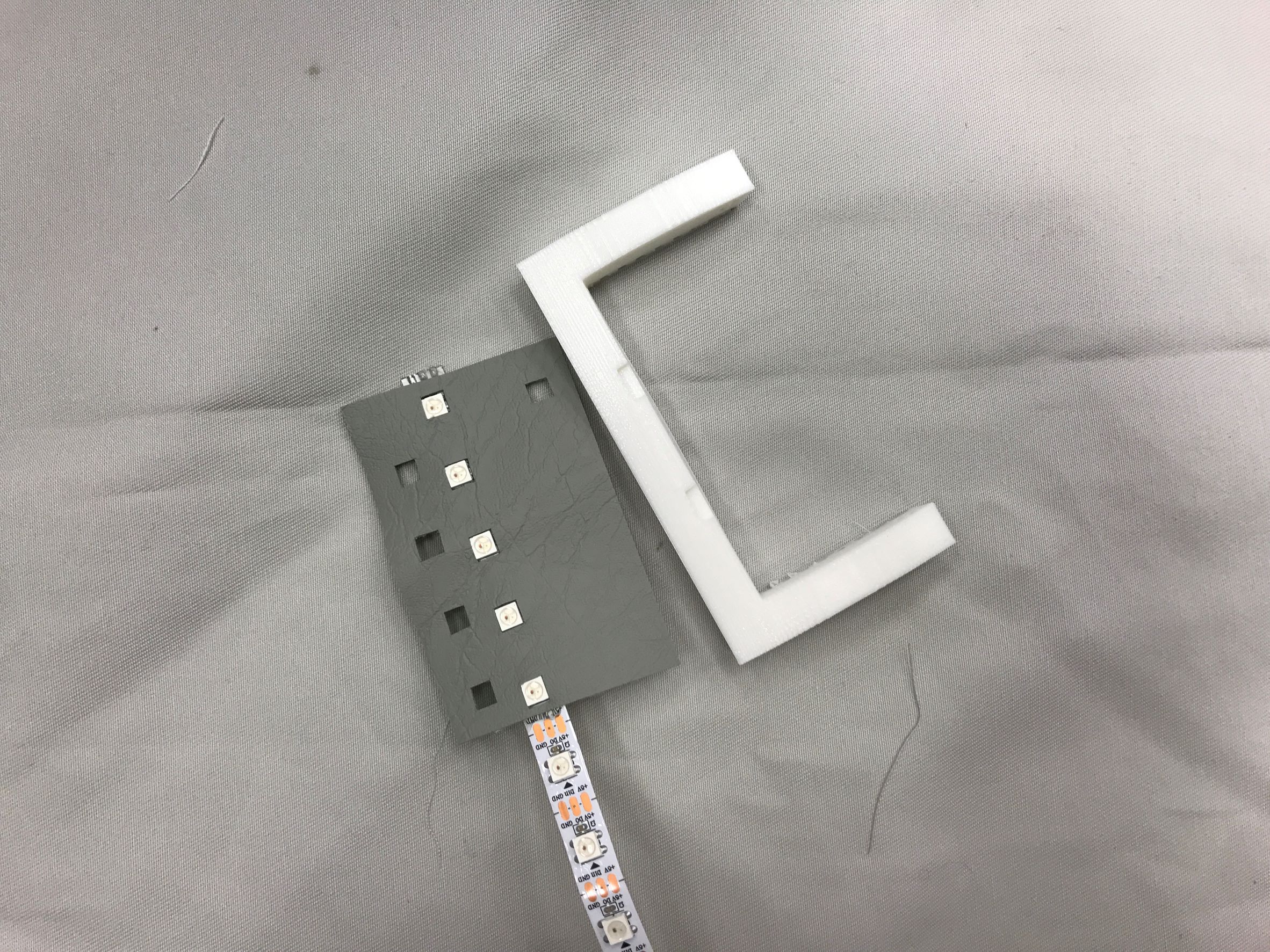 A SENSE OF DYSTOPIA
A grey colour scheme was chosen to convey the dystopia of a world filled with people always on their phone. Grey was suitable for its connection with the lifelessness of the concrete jungle and the coldness of metals.